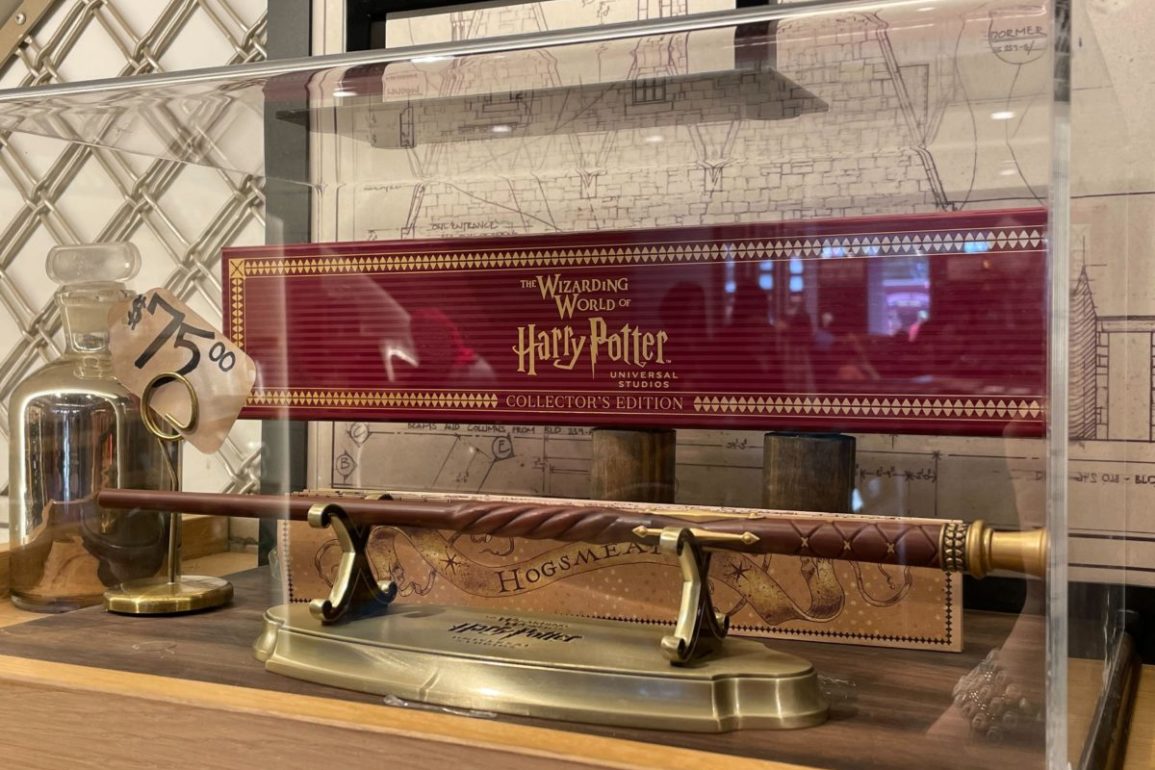 The 2022 Collector’s Edition Wand has arrived at Universal Orlando Resort. We first found the limited edition interactive wand at the Universal Studios Store at CityWalk, but expect to see it pop up at both parks soon.

Wizards of all ages will be able to use the wand around the Wizarding World of Harry Potter. Like all interactive wands, it comes with a map of the spell locations in Diagon Alley (at Universal Studios Florida) and Hogsmeade (at Islands of Adventure).

A crosshatch pattern is carved in the handle, with a little golden “x” at most intersections.

The crosshatch and twist patterns are separated by slender golden accents as if the wand has been decorated with metal.

This wand comes as the yearly addition to the Collector’s Edition wand series. Last year’s wand was inspired by potion-making — read more about the cauldron wand here!