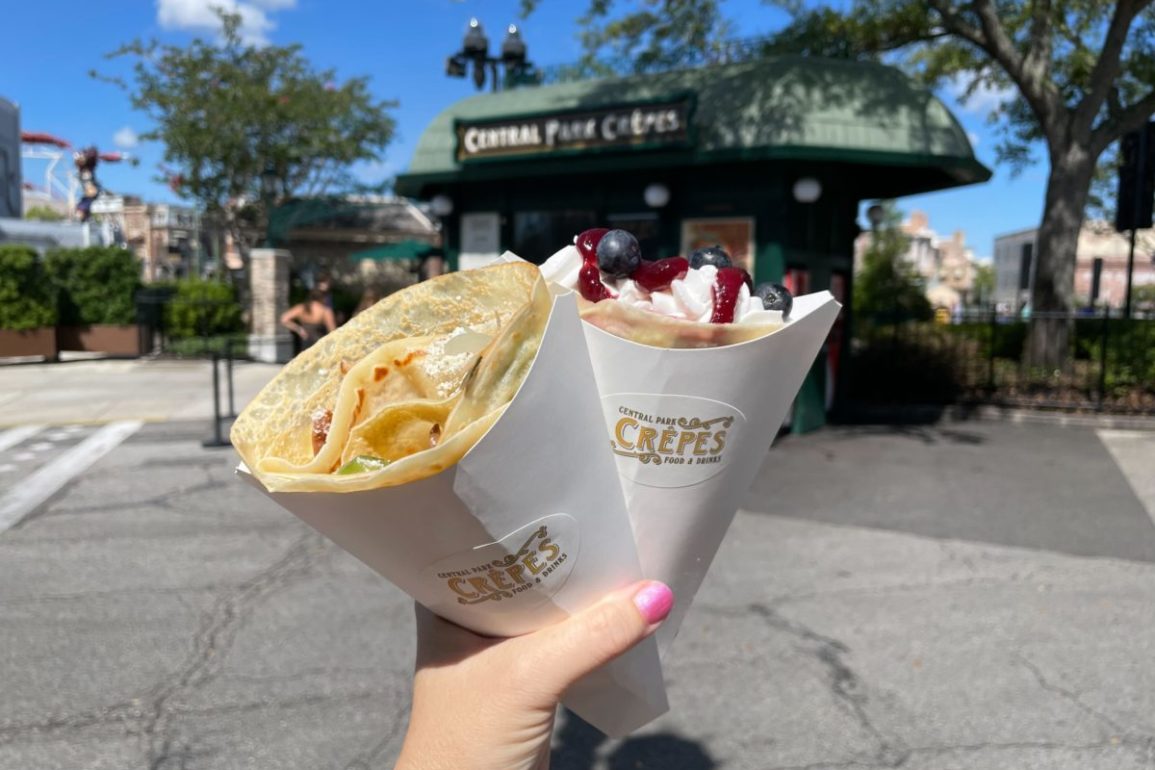 Universal has knocked it out of the (central) park again with not one, but two new crêpes at Central Park Crêpes.

With the very first bite, the blueberry took over with a strong, sweet flavor, complemented by a touch of raspberry.

Despite being a vegan offering, we only noticed a slightly different taste from the coconut whipped topping.

Each bite was fresh, fruity, and perfect for summer weather!

Nobody could have prepared us for the fantastic flavor of the Pork Carnitas, though.

The slightly sweet pork was juicy and plentiful. Salsa, cotija cheese, peppers, and onions were packed into the delicate crêpe and paired perfectly with the pork carnitas.

Each bite was better than the last, and we quickly declared this the best crêpe at Central Park as we devoured the entire thing.

It’s great to see new menu changes, as well as tons of brand new vegan offerings in the parks. Check out our other vegan reviews and our full review of Central Park Crêpes. Are you excited to see two new crêpes on the menu for summer? Let us know in the comments!

Watch our full video review below.