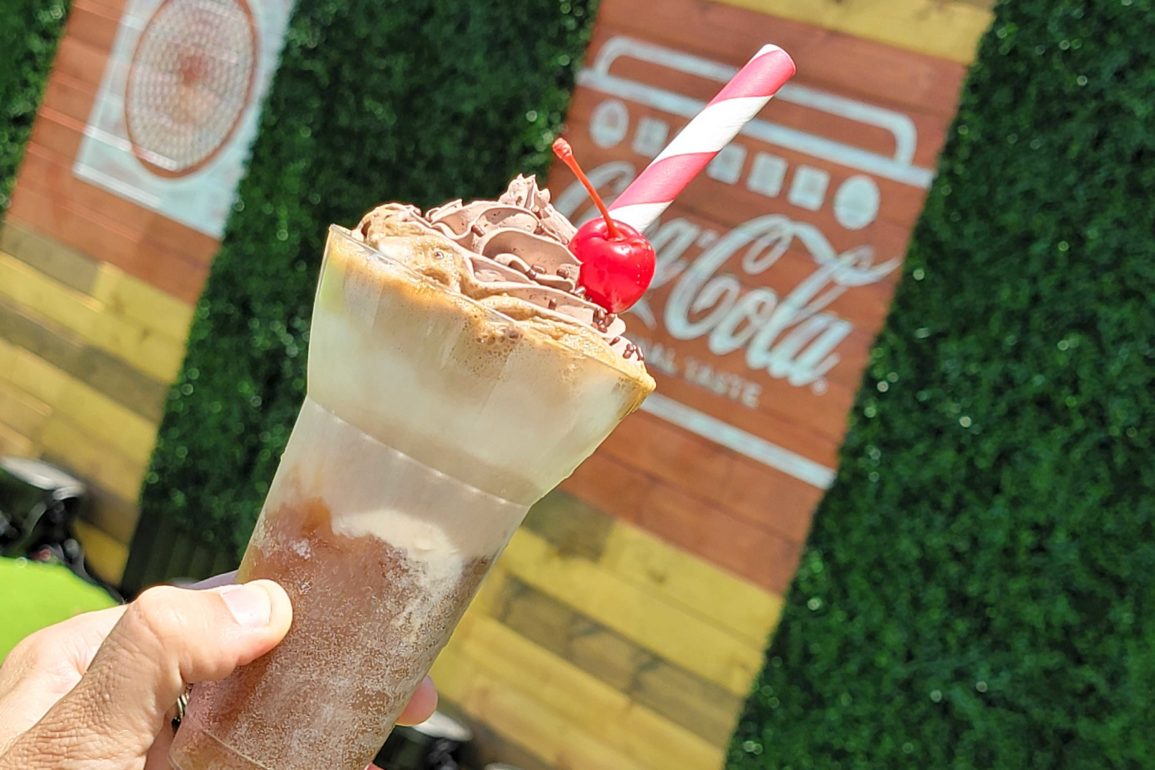 It’s almost time for summer in Southern California, which can get pretty toasty for a few months to say the least. So in preparation, Universal Studios Hollywood brought out a new summertime concoction that’s 100% All-American — a Chocolate Coca-Cola Float at Mel’s Diner!

We gave it a taste and you can watch our full reactions from Charly on YouTube, or you can keep on reading for prices and more detailed photos.

This delectable delight is available exclusively to Universal Studios Hollywood Pass Members through the month of June.

The float is served in a classic plastic float cup, with Coca-Cola on the bottom, vanilla soft serve ice cream in the middle, with a decadent and rich chocolate whipped cream, sprinkles, and a cherry on top.

This is a classic All-American treat, perfect for a hot Hollywood summer day. It’s very appropriate to serve this at Mel’s Diner, and fits well with the sock hop tunes playing on the music loop.

On its own, the ice cream and Coca-Cola still go well together. But the addition of the extremely rich chocolate whipped cream elevates this into something just a little bit more. It’s nothing we would make a special trip to Universal Studios Hollywood just to try, but if you’re already here and looking for a classic summer treat, you can’t go wrong with this. We definitely recommend it over the Spiked Horchata we tried a couple of weeks ago.

If you want to try it for yourself, stop over at Mel’s Diner on the Upper Lot of Universal Studios Hollywood and let us know what you think in the comments below!