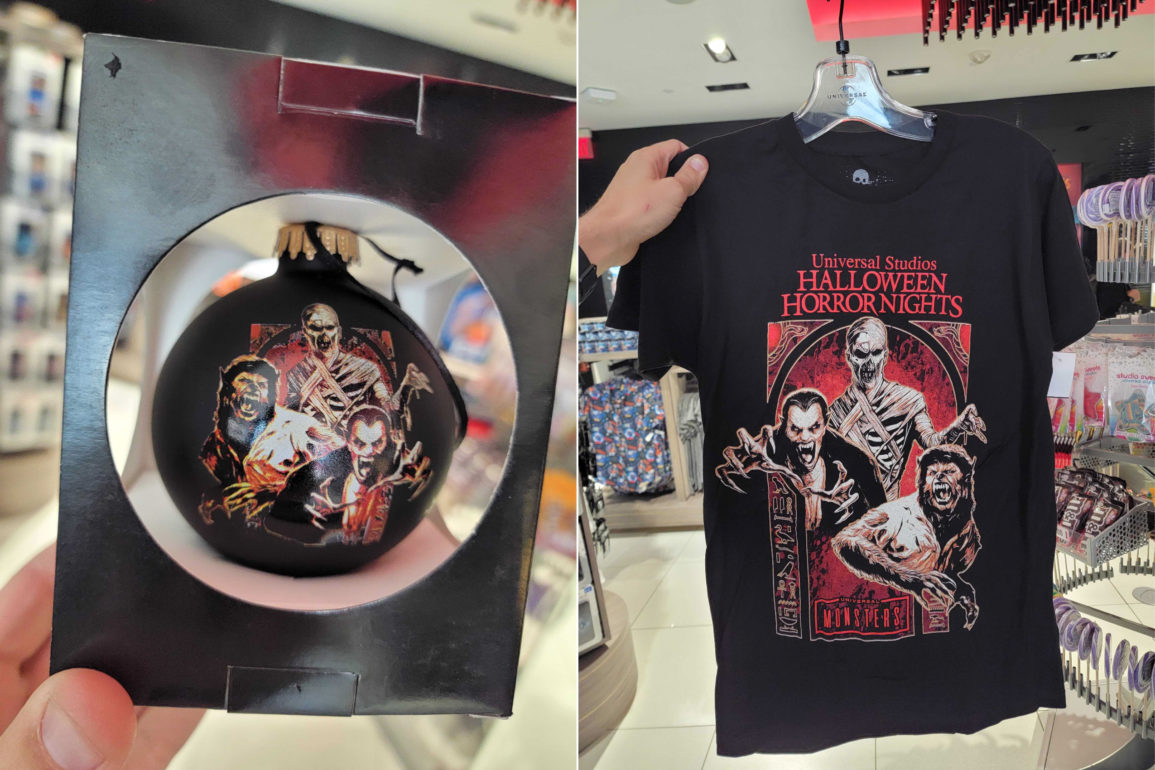 As we previously reported, the first maze in the lineup for Halloween Horror Nights 2022 was announced — Universal Monsters: Legends Collide features The Mummy, Dracula, and The Wolf Man. Now, new merchandise featuring this trio was spotted in Production Central at Universal Studios Hollywood.

The Mummy, Dracula, and The Wolf Man, appear to be bursting from this black shirt. Dracula bears his fangs and sharp claws. The Wolf Man also has sharp fangs at the ready. The Mummy hovers above them.

“Universal Studios Halloween Horror Nights” is written in red. A red “Universal Monsters” logo appears at the bottom of the illustration. The Monsters illustration features red and black tones, with white highlights.

Hieroglyphics also appear along the design. Sinister snakes lurk at the top of the illustration.

The back of this Halloween Horror Nights shirt is solid black.

Next, we found this round glass ornament. The Mummy, The Wolf Man, and Dracula appear in the center. The design is similar to the one on the T-Shirt.

The remainder of the ornament is solid black. A black loop hangs from a gold topping.

The ornament and T-Shirt are located at Universal Studios Hollywood, at Production Central. Do these new Universal Monsters: Legends Collide items have you shivering with excitement? Let us know in the comments.