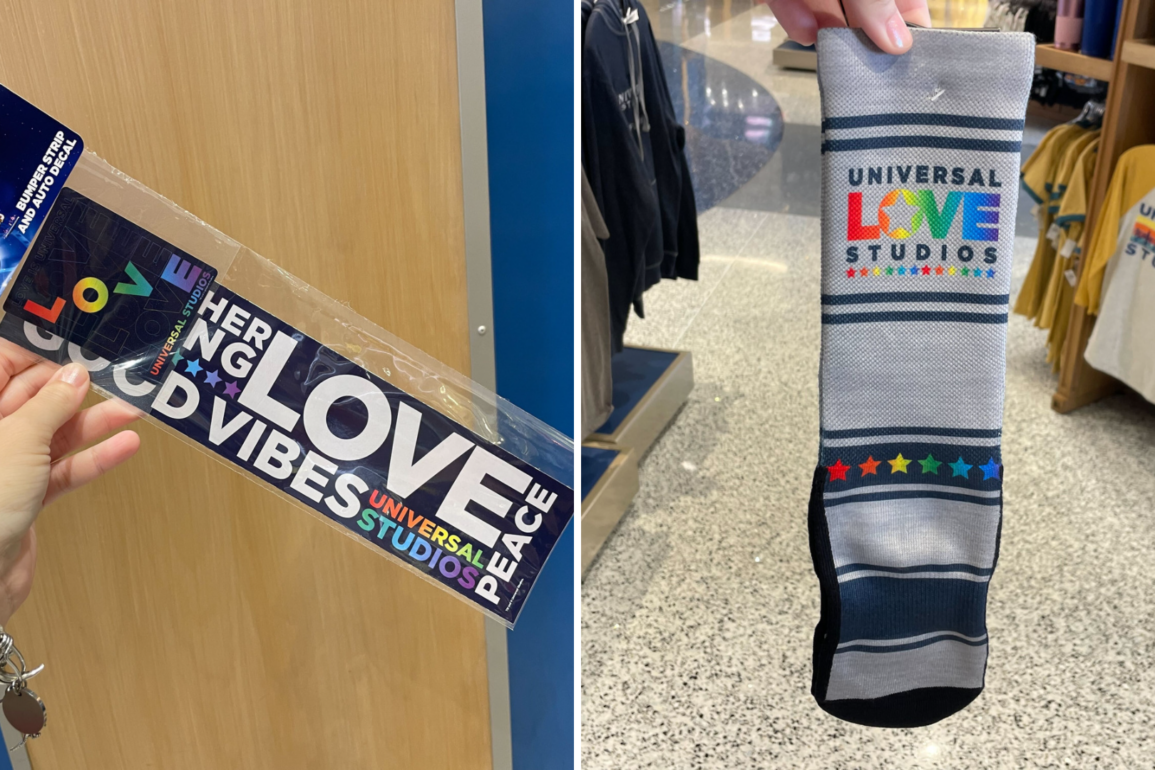 New rainbow pride socks and a set of car stickers have joined the “love” collection at Universal Orlando Resort. These were in the Universal Studios Store at CityWalk.

This pair of socks is mostly grey, with dark stripes.

“Universal Studios” is printed around “Love,” the latter of which is made out of rainbows. There are a few stripes of rainbow stars across the socks.

The bottoms of the socks are black.

This set includes a bumper strip and auto decal — both stickers for your car.

The small one has “Love” repeated several times, with one of each letter made of rainbows.

“Love is Universal” is at the top of the sticker, and “Universal Studios” is at the bottom.

The larger sticker reads “Love,” “Peace,” “Good Vibes,” and “Together Strong” in white lettering, with some rainbow stars and “Universal Studios” in rainbow lettering.

Universal has yet to make a public statement regarding Florida’s “Don’t Say Gay” bill, despite donating to many of the same sponsors as Disney.