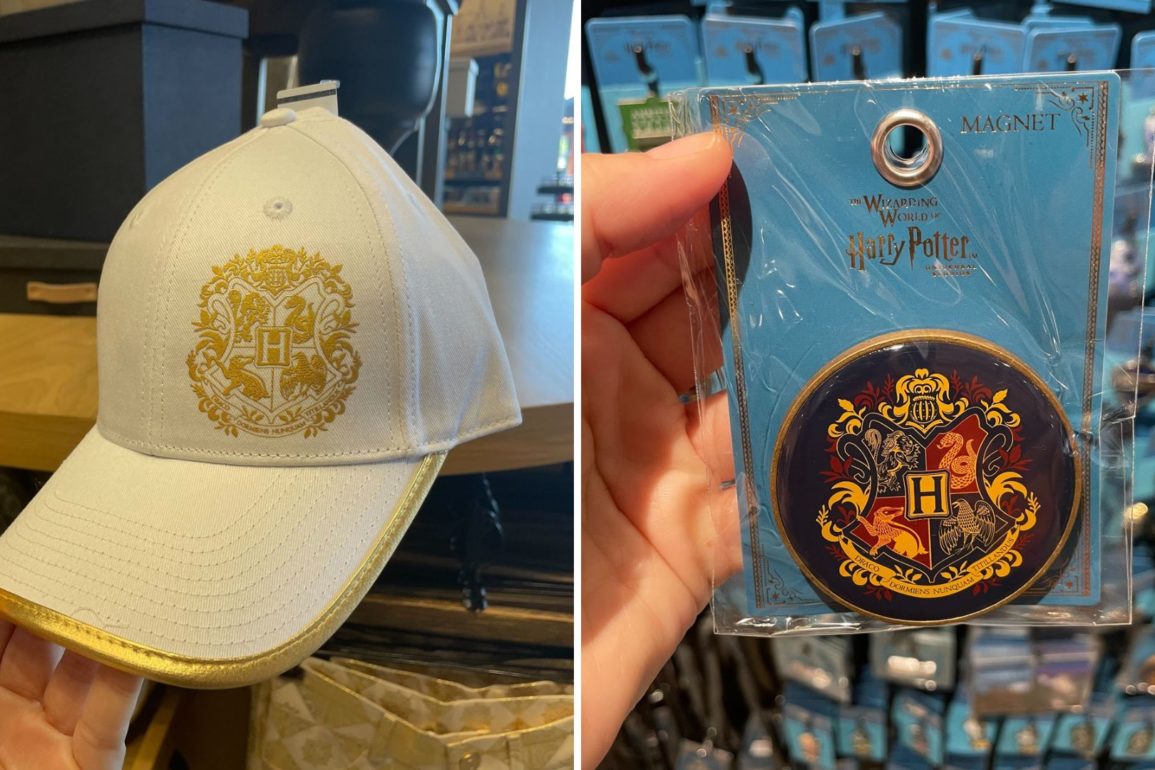 A new ball cap and magnet featuring the Hogwarts crest from the “Harry Potter” series have arrived at Universal Orlando Resort. We found these in the Universal Studios Store at CityWalk.

The ball cap is white. The brim is lined with gold.

The Hogwarts crest, featuring each house’s mascot, is in gold on the front left of the cap.

“Hogwarts” is embroidered in gold on the back.

It has a gold buckle for adjusting the hat.

The magnet has a gold edge and dark blue background.

The crest is pictured in red, gold, and dark blue. The Hogwarts motto, “draco dormiens nunquam titillandus” (never tickle a sleeping dragon), is along the bottom of the crest.

Will you be wearing this Hogwarts ball cap or decorating your home with this magnet? Let us know in the comments, and check out these Hogwarts house mugs, too.

Previous
More Retro ‘Back to the Future’ and ‘E.T.’ Anniversary Merchandise Comes to Universal Studios Hollywood