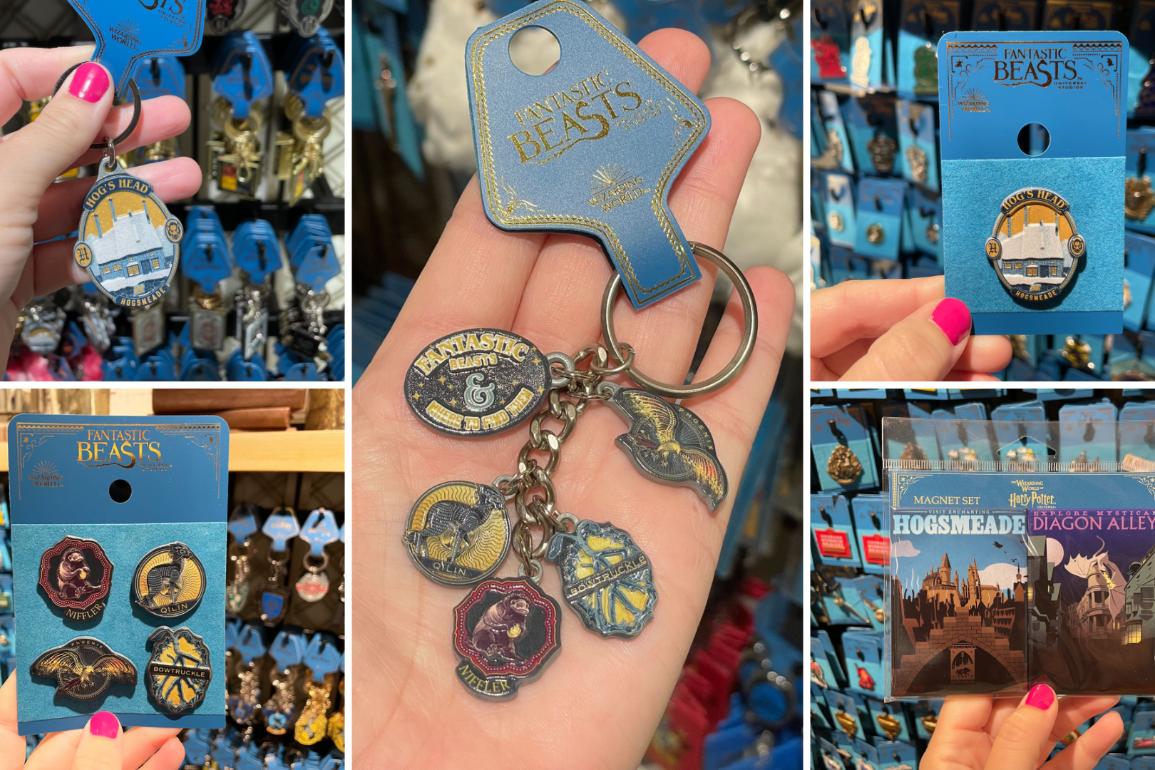 More merchandise for “Fantastic Beasts: The Secrets of Dumbledore” has apparated into Universal Orlando Resort. We found all of this in the Universal Studios Store at CityWalk.

This set includes four pins, each one featuring a different beast from “Fantastic Beasts: The Secrets of Dumbledore.”

A reddish pin features the Niffler holding a gold coin.

The Qilin is on a yellow pin.

The Phoenix looks like it could fly off its circular pin.

This pin has branches and leaves around the edge, with the Bowtruckle in the center.

This pin features the Hog’s Head covered in snow.

The Hog’s Head is featured in the new “Fantastic Beasts” film but was also in the “Harry Potter” films.

This keychain has the same designs as the pin set, with each beast on a different charm.

There is also a “Fantastic Beasts & Where to Find Them” charm.

This keychain features the same image of the Hog’s Head covered in snow as the pin.

This set of two magnets is inspired by each land of The Wizarding World of Harry Potter: Hogsmeade and Diagon Alley.

The Hogsmeade magnet showcases Hogwarts and the town during the day, with a Quidditch player and owls flying overhead.

The Diagon Alley pin features the street at night, with the dragon atop Gringotts breathing fire.

These designs are also available on water bottles. Plus, check out “Fantastic Beasts” tees.

Previous
REVIEW: Vegan Meatball Kebab is a Satisfying and Spicy New Addition to Doc Sugrue’s Kebab House in the Lost Continent at Islands of Adventure