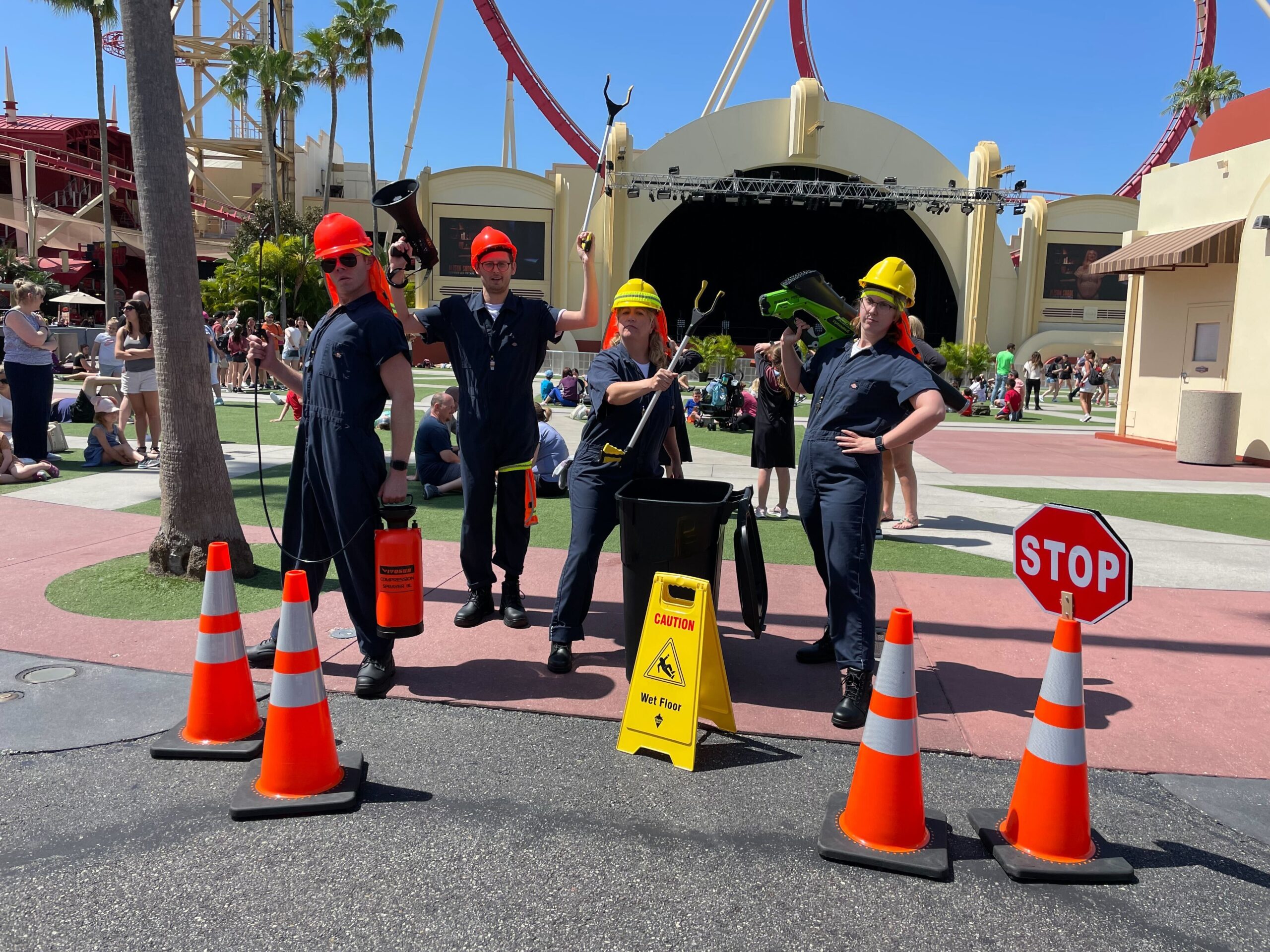 Next time you head out to Universal Studios Florida, you might find yourself in the middle of a rather wacky construction site! The brand-new City Force streetmosphere team has started performing around the park, and we were on hand to catch the first few shows.

The City Force set up a training session area with the parking cones and then put pieces of trash around the area and a trash bin at the end.

They gave the kid a trash picker, and then he had to race to pick up the trash and put it in the bin, but the other characters were using a leaf blower to blow the trash and spraying water to make it a challenge.

They also make a bit of a commotion interacting with other guests as they walk around the park.

Watch them in action in our video below.