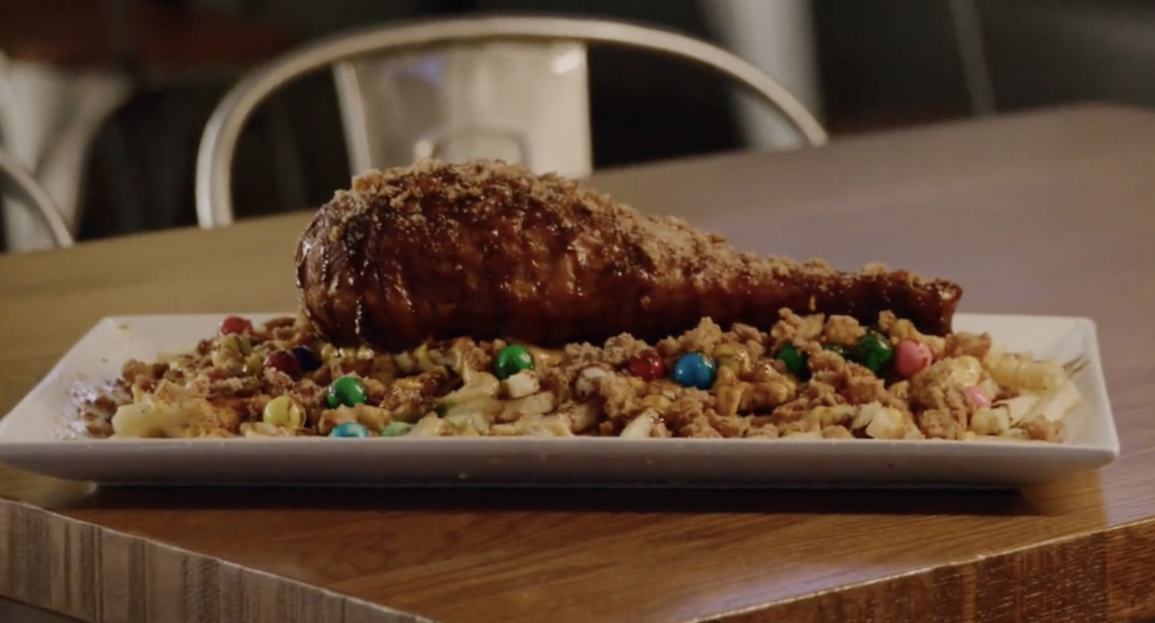 It’s April Fool’s Day, which means we have to be extra vigilant about “news” on social media. Universal Orlando Resort shared a “new menu item” this morning, saying “Things just got a little more EPIC.”

The video shows a chef putting together a “churkey leg,” a turkey leg on a plate of fries, covered in chocolate candies and ground churro.

The final screen of the video states, “Each ingredient sold separately. Assembly required.”

Of course, the “churkey leg” is just a joke, but would you try it if it was available at Universal Orlando Resort? Let us know in the comments.