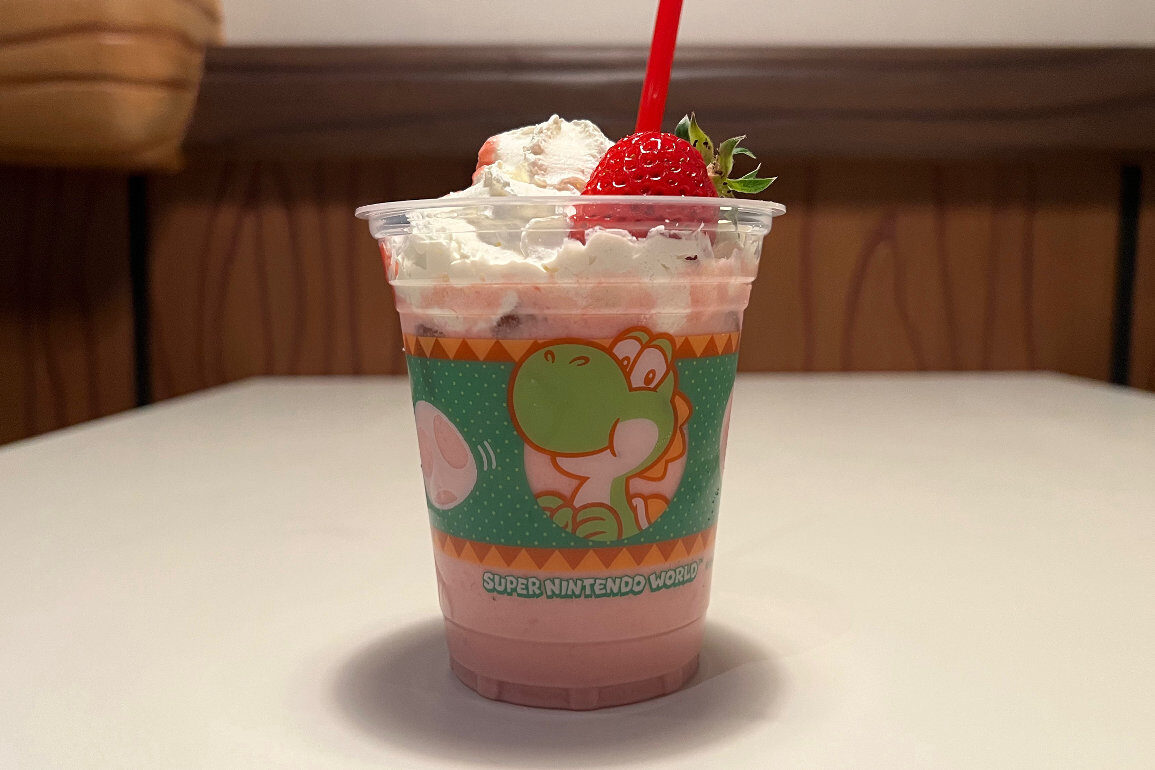 The first menu changes have come to Super Nintendo World, with a couple new additions to Yoshi’s Snack Island, tucked away in the corner of the land. We previously took a look at the Fire Flower Sipper. Now we got to try the delicious new third flavor of lassi which joins mango and melon.

Like the other two flavors, the strawberry flavor comes served in the Yoshi’s Snack Island cup plastered with the iconic green dinosaur’s face and a few eggs. On top is whipped cream and a strawberry.

With its remarkably sweet and still distinctively tangy flavor, the strawberry version easily became our new favorite of the three available lassis at Yoshi’s Snack Island. It’s almost like drinking a cup of strawberry yogurt, with a flavor that tastes much closer to a real strawberry than anything artificial. While the mango (our previous favorite) is still certainly worth getting, the addition of strawberry makes for a great choice for those who may be less adventurous.