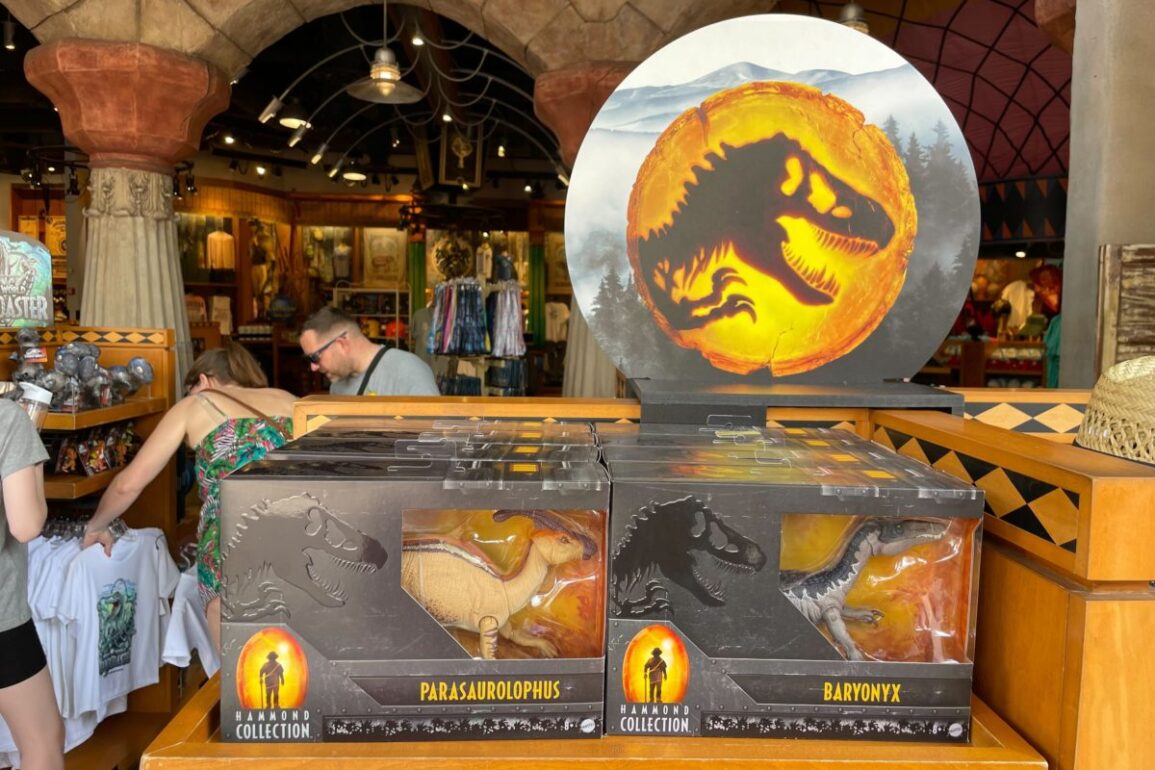 Two dinosaur figures from the Hammond Collection have debuted at Universal’s Islands of Adventure. These figures are all based on dinosaurs from the “Jurassic Park” and “Jurassic World” series. The collection is named for the founder of the original Jurassic Park, Dr. John Hammond.

They are available in Islands of Adventure Trading Company and Jurassic Outfitters.

The Parasaurolophus was an herbivore who could walk on two legs or four legs.

It has a distinct horn-like crest protruding from the back of its head.

It is a light tan color with dark brown and red accents.

The packaging features the logo for the Hammond Collection, with the silhouette of Dr. Hammond in an orange amber oval.

The Baryonyx was a therapod with hollow bones and three toes.

“Baryonyx” means “heavy claw,” named for the large claws on its fingers.

It is also a light tan color with a large stripe of black across its back.

Check out the new collection of “Jurassic World Dominion” merchandise.