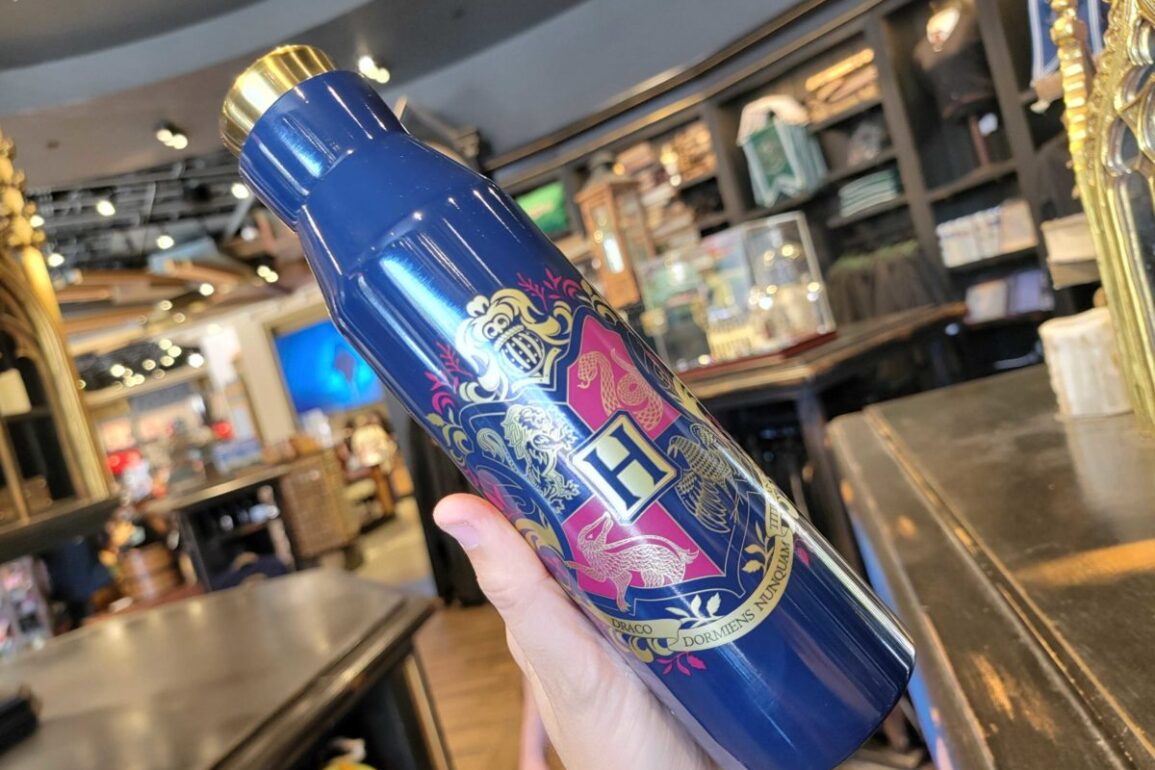 This dark blue bottle features the Hogwarts crest in red and gold.

The side of the bottle says “Hogwarts” in gold lettering.

The four houses of Ravenclaw, Slytherin, Gryffindor, and Hufflepuff are represented by their house mascot.

The lid is gold in color.

We found this at the Studios Store in Universal Studios Hollywood Upper Lot.

What’s your favorite souvenir from Universal Studios Hollywood? Let us know in the comments.