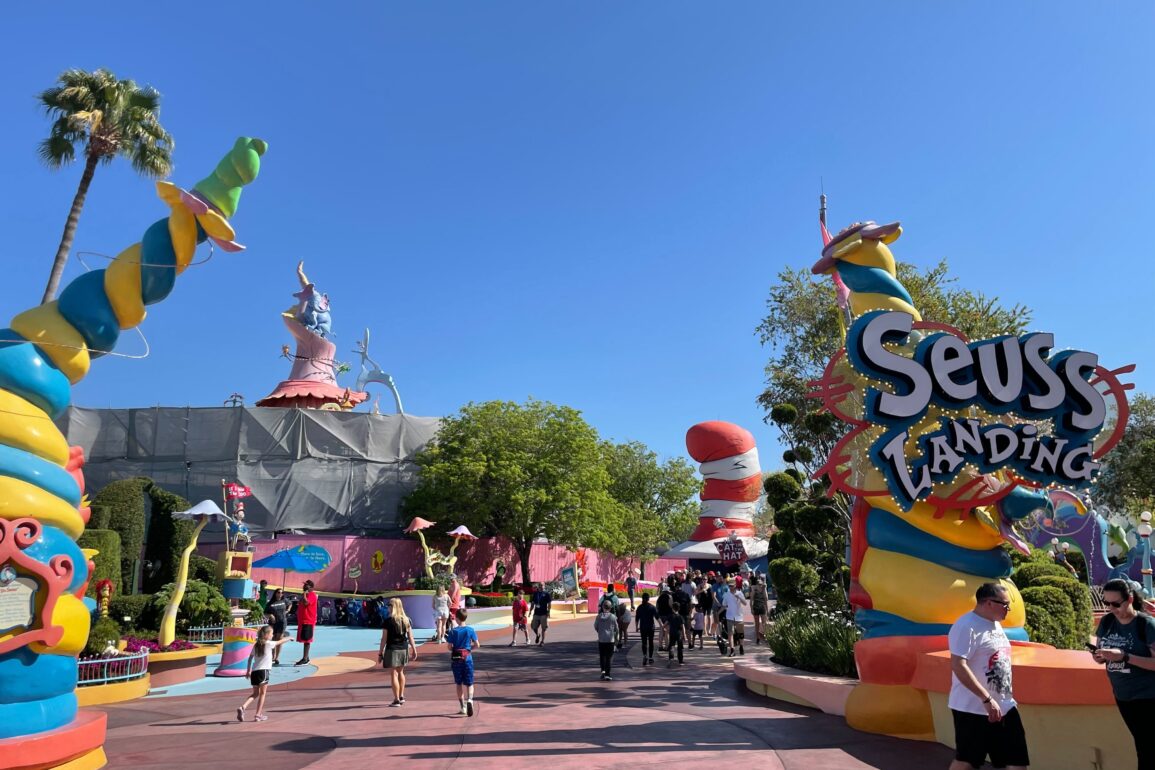 The archway was originally removed right before Christmas last year for maintenance. The arch reportedly collapsed during park hours one day.

Then we noticed one day last week that more of the archway has been removed.

On the right side of the entrance, a pink and orange piece was cut off the top.

On the left side, there used to be a curved purple piece at the top.

Further down the left side, these parts still look the same.

UPDATE: As of today, even more of the archway has been removed.

On the right side, there is almost no part of the archway remaining.

It will be interesting to see what they replace it with or if there will be a completely new archway.

For reference, here is what the archway used to look like, with Who-liday decorations and all.

And here is the archway after it first collapsed.