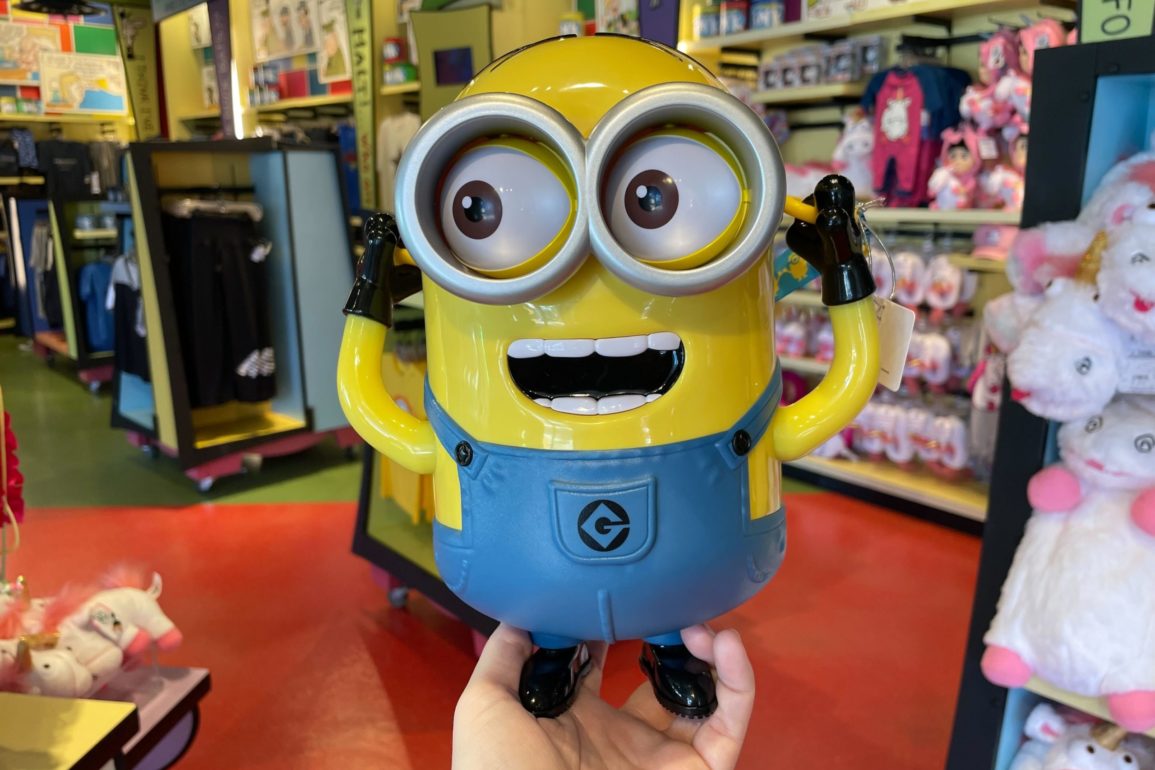 Finally, after years of coveting the array of themed popcorn buckets at Universal Studios Hollywood and Japan, Universal Orlando Resort has debuted a refillable Minion bucket.

The bucket is shaped just like a small Minion, complete with blue overalls.

It comes with a removable strap so you can easily carry your new friend around the parks and snack at your leisure. The strap reads “Universal Studios” and is patterned with Minions.

His eyes move side to side.

You can bring the bucket back each time you visit the parks and get popcorn refills for only $2.19.

The popcorn is accessible through an opening on the back of the Minion’s head. The purchase comes with popcorn, but they serve it separately in case you’re taking the bucket home as a collectible.

We picked ours up at Toon Extra in Toon Lagoon at Universal’s Islands of Adventure, but we expect to see them across the parks soon.

Are you excited to see themed popcorn buckets arrive at Universal Orlando Resort? Let us know in the comments.