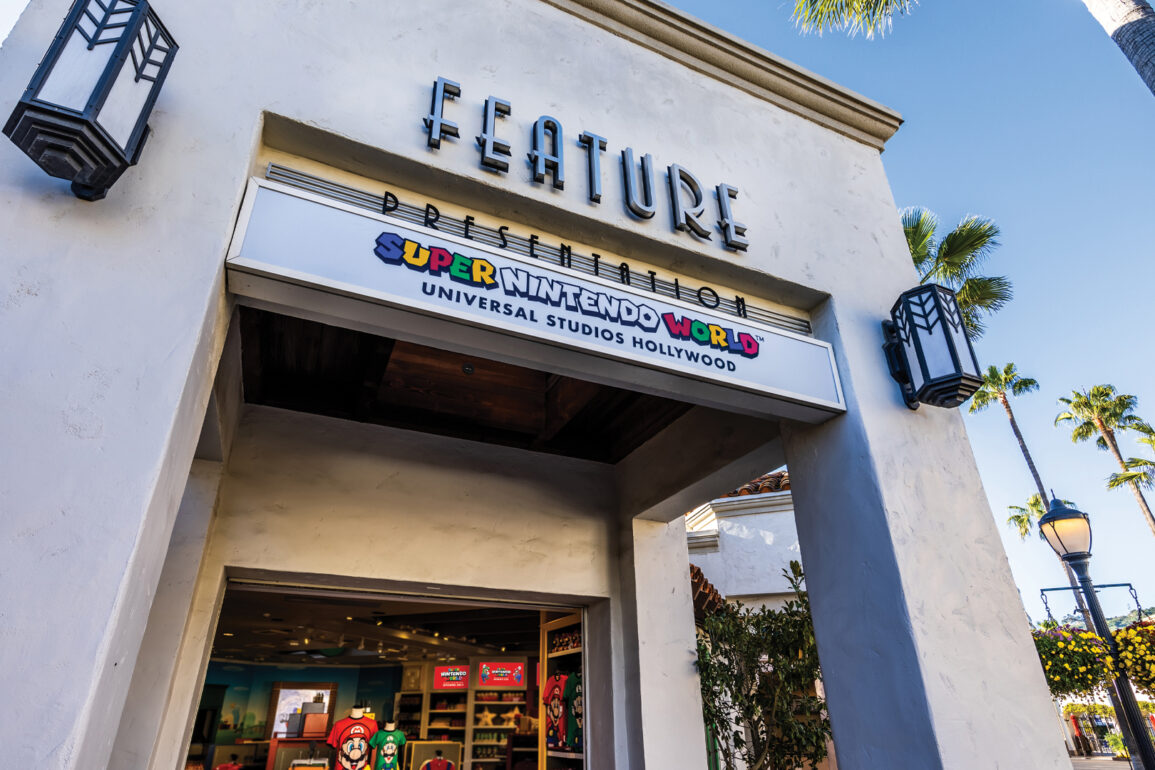 Souvenirs from the future section of the park can now be found at the Feature Presentation shop, just steps from the park entrance.

The shop is home to exclusive apparel, accessories, and collectibles, including Mario and Luigi plush, as seen above.

Much of the merchandise seen in the announcement is similar to what debuted at the park last September.

As was previously announced, Super Nintendo World will open at Universal Studios Hollywood in 2023.