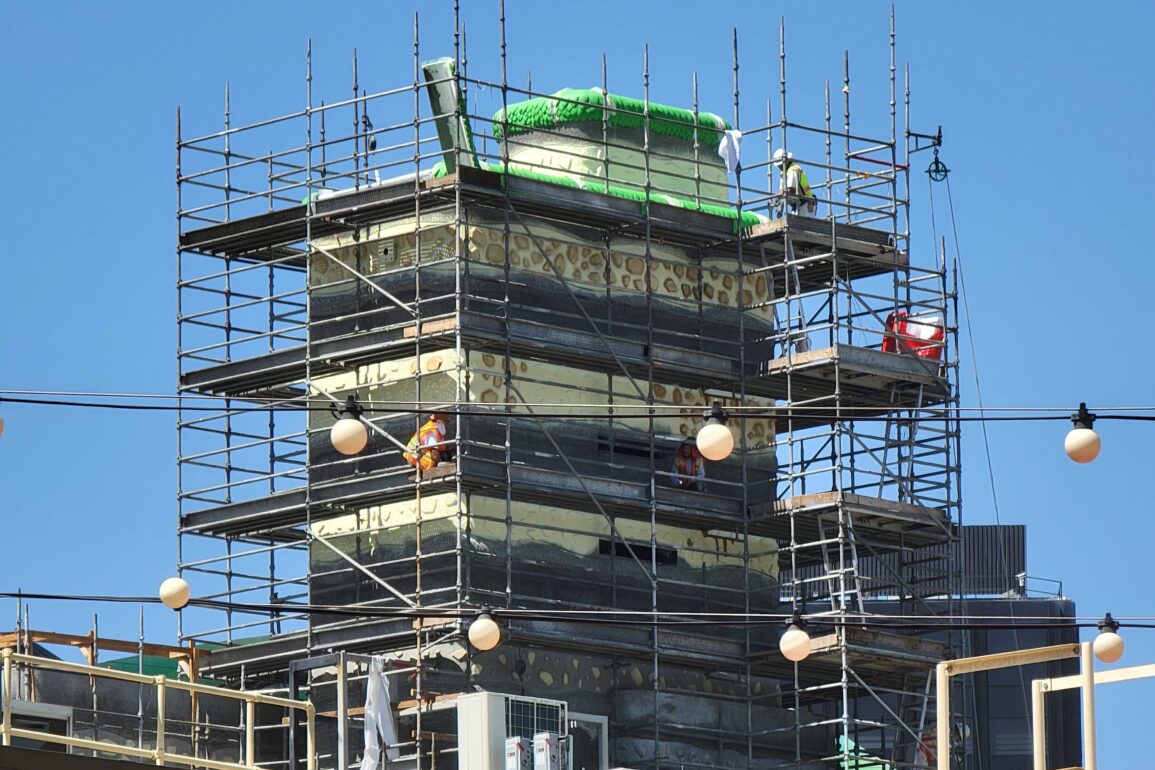 Since it was announced that Super Nintendo World would be opening in 2023 at Universal Studios Hollywood, we have been seeing some major construction progress. Themed walls and stonework can be seen throughout the land, now some greenery has been added.

The land can be seen from the escalators between the upper and lower lots.

It’s being constructed right behind Jurassic Café and the Studio Store.

Cartoonish green pieces now decorate the top of the lefthand tower, which will be Mount Beanpole.

We saw crew members working on the tower’s theming during our most recent visit.

It has alternating stripes of stonework and black paint, which will eventually be painted brown.

Faux shrubbery will line each level of the blocky mountain.

Bowser’s Castle is next to Mount Beanpole. The top half is just steel right now with no paneling. This will be the entrance to Mario Kart: Koopa’s Challenge.

The bottom half, however, is taking shape. It’s covered in blue weather-proof sheathing, except for the squared-off edges of the castle ramparts, which are purple.

A tarp has been removed from the back corner, where there are more stripes of stonework and black-grey paint.

The right side of the land is looking much more brown than when we last checked on it.

Some faux shrubbery is visible on top of more building levels.

Black tarps cover a section of Princess Peach’s castle, which acts as the land entrance.

We can just barely see the tunnel that guests will enter the land through in front of the green hill flats.