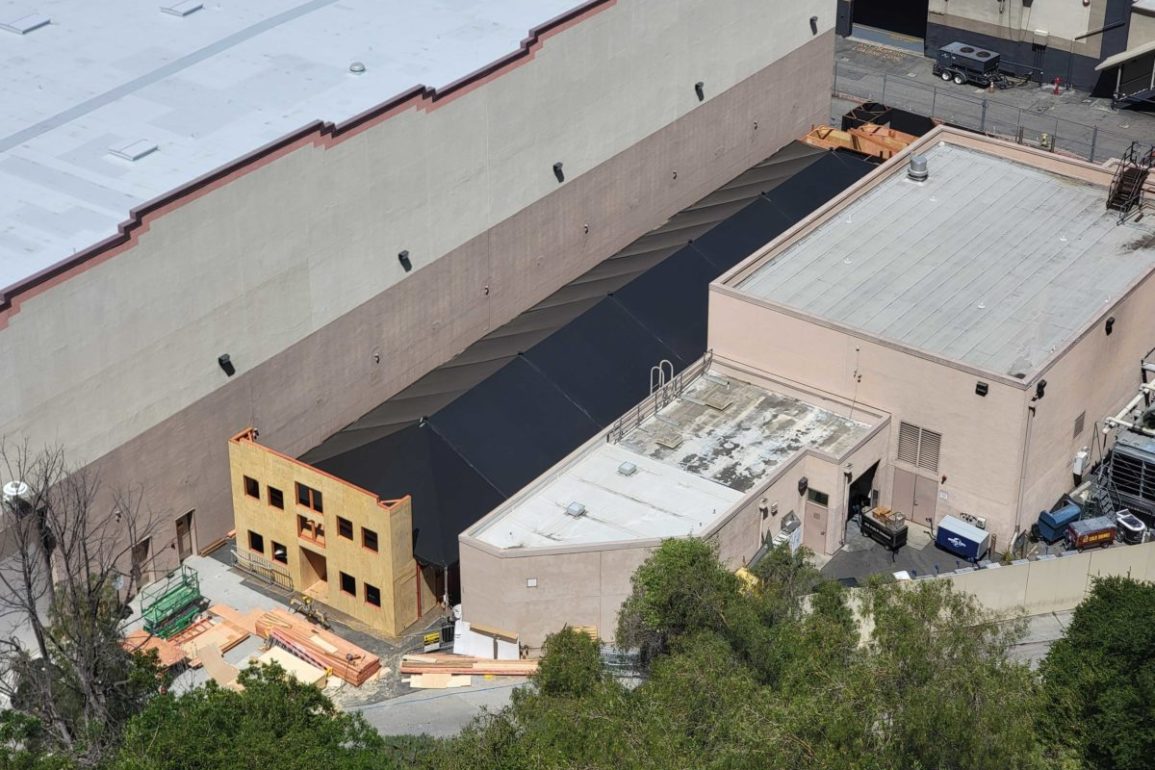 Construction continues on a structure near Revenge of the Mummy at Universal Studios Hollywood and another new structure near the Curious George parking.

Construction Next to Revenge of the Mummy

Next to Revenge of the Mummy, the large building on the upper left in the above photo, you can see a black tent with the beginnings of a façade.

When we last looked in on this structure, the light wood façade had not yet been built — only the reddish frame had been constructed.

Now the structure is beginning to come together.

It may be early for Halloween Horror Nights construction, but this location usually houses a maze.

This location is rumored to be a Halloween Horror Nights Universal Monsters Mummy Maze.

Not much has changed on the back of the black tent. The wood has been painted black and a partial wall has been added.

When we last checked in on this project in late March, the exterior walls had been framed but had not been filled in.

The façade is looking a bit more polished than a couple of weeks ago.

Construction workers can be seen working on the building.

The structure has a black tented roof.

It appears to have multiple entrances and exits.

Will you attend Halloween Horror Nights at Universal Studios Hollywood? Let us know in the comments.