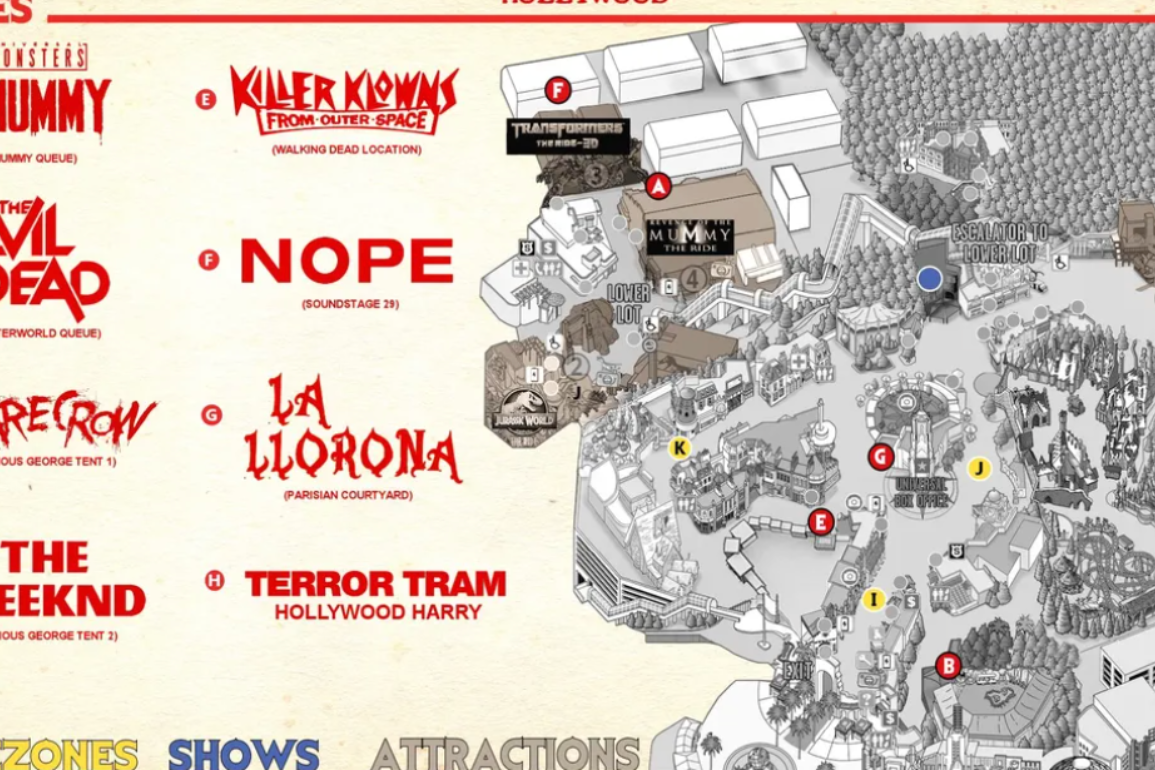 This map is based only on speculation and will change as we learn more about the event, but it gives us a good idea of what might be available.

No Scarezones are known. The show listed is Jabbawockeez, a dance crew that have performed at Halloween Horror Nights in years past.

The mazes listed are:

Killer Klowns is a returning maze. There have been multiple La Llorona and “The Evil Dead” mazes over the years. Scarecrow was previously a house at Universal Orlando Resort.