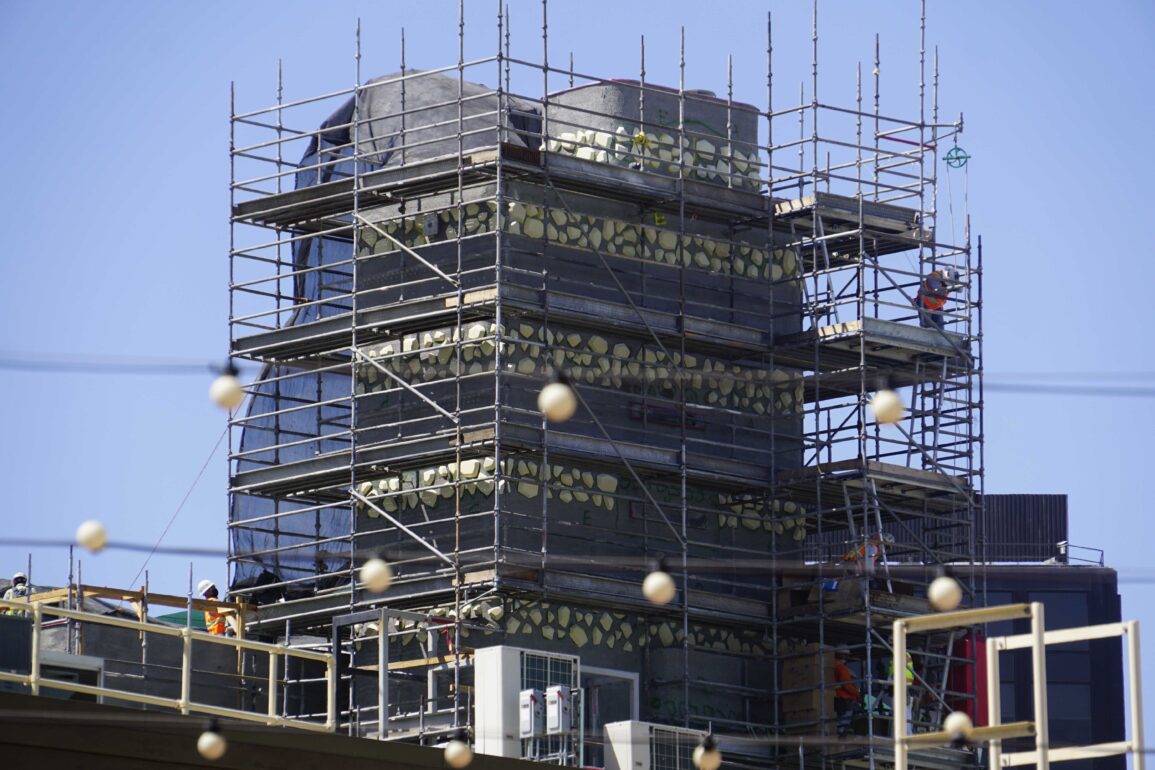 Since it was announced that Super Nintendo World would be opening in 2023 at Universal Studios Hollywood, we have been seeing some major construction progress. Themed walls can now be seen in the land.

The tower on the left of the land (as seen from the escalators between the upper and lower lot) now has stonework in stripes around it.

Most of the land is surrounded by scaffolding, and we saw crew members on the tower scaffolding this week.

The tower is currently grey with off-white rocks. It will eventually be painted more and become Mount Beanpole.

The rockwork wraps around the entire tower.

The rockwork is also visible on various levels of the structure down below.

Bowser’s Castle is next to Mount Beanpole. The top half is just steel right now with no paneling.

The bottom half is blue but will eventually get themed paneling and paint. A black pipe runs up one side of the entrance archway.

More crew members were on a platform in the center of the land.

Here we can see the brown themed walls.

A brown tarp covers some of the scaffolding at the corner of the land, keeping workers protected from the sun (and things hidden).

Brown rockwork is visible on the walls leading towards the ground.

Other walls are still just covered in weather-proof sheathing.

Concrete walls surround another tall section of the land.

The green hills were erected a long time ago. One pipe shape, covered in purple sheathing, sits on a platform near the entrance.

The entrance itself will be a tunnel, which we can just barely see from the Starway. More steel has been added to the tunnel, particularly at the front, shaping it more like one of Mario’s classic green pipes.