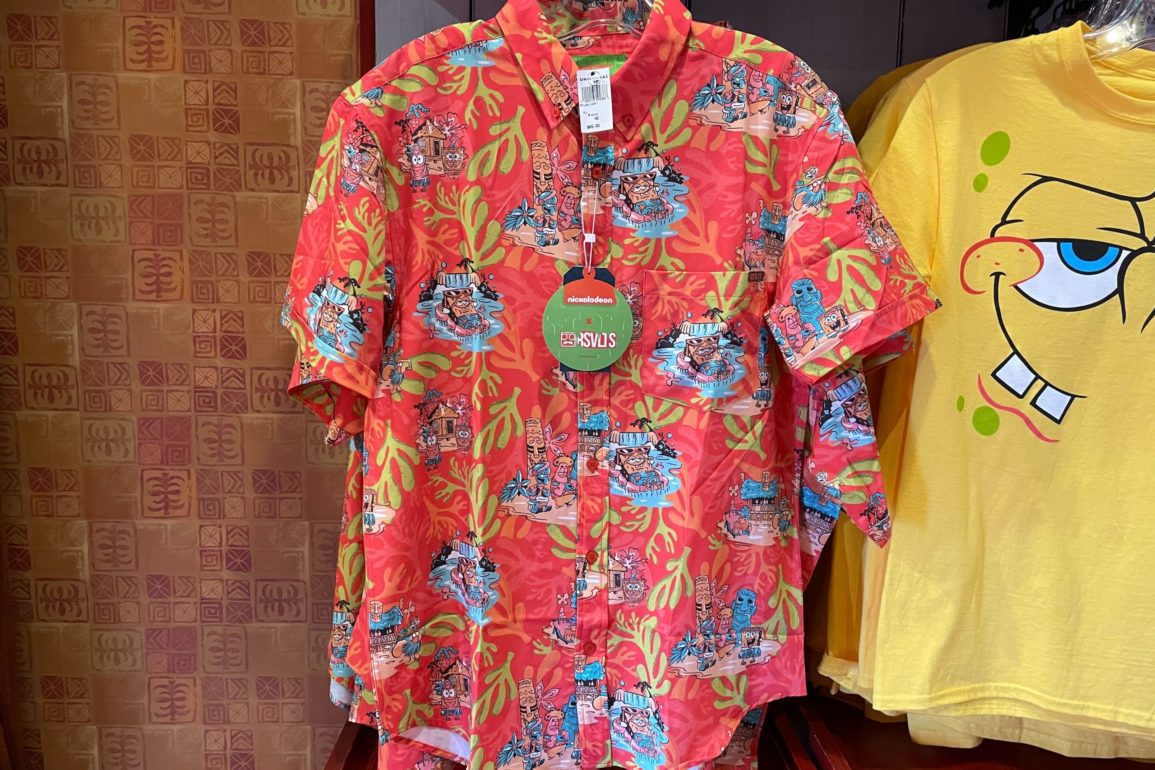 Are ya ready, kids? A new SpongeBob SquarePants button-up shirt is now available at Universal Orlando Resort for children of all ages (that means adults too)! We found it in SpongeBob StorePants at Universal Studios Florida.

The shirt is red and patterned with beachy SpongeBob scenes and coral shapes.

The shirts are designed by RSVLTS.

The scenes include SpongeBob, Patrick, and Squidward playing music and dancing.

Patrick and Sandy are in front of a tiki bar.

SpongeBob is floating on a group of jellyfish down a river.

SpongeBob and Patrick are also dancing in front of a beach hut.

The youth shirt is the exact same pattern.

Will you be wearing this shirt to the beach? Let us know in the comments.