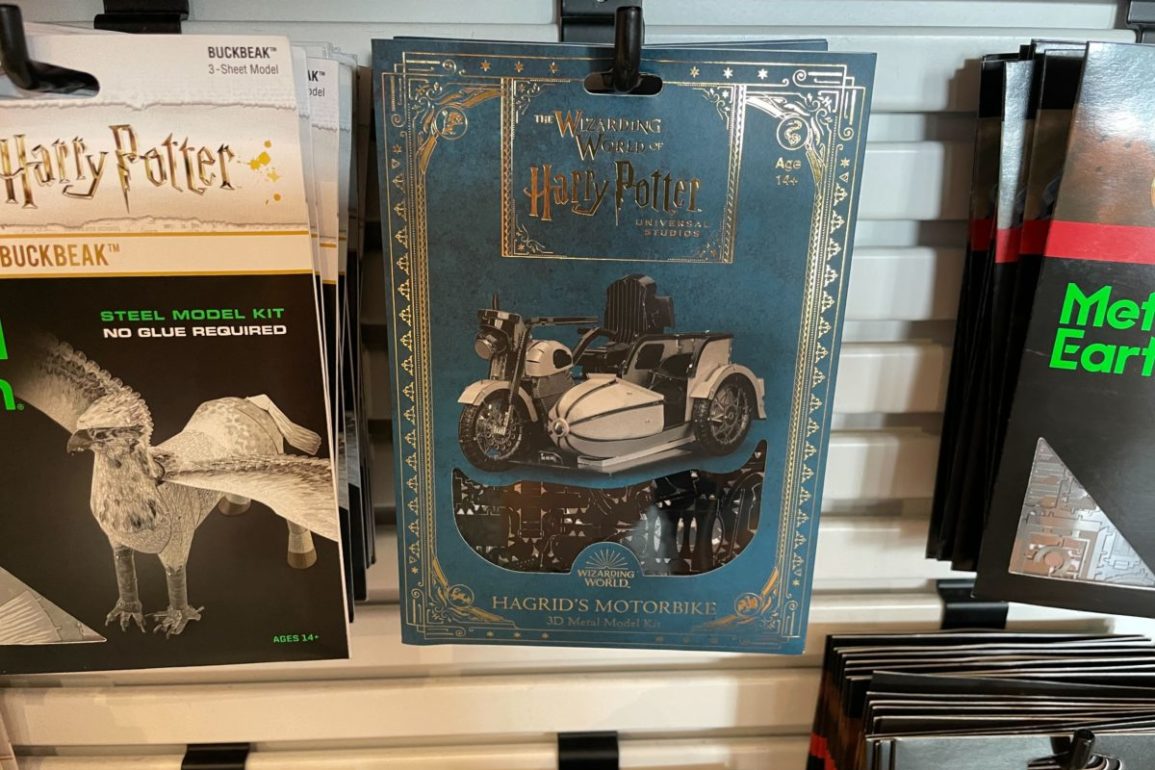 A new metal model kit, where you can build Hagrid’s motorbike as seen in Hagrid’s Magical Creatures Motorbike Adventure, has just landed at the Universal Studios Store in CityWalk.

With the metal parts, you can build your very own miniature 3D version of Hagrid’s motorbike.

The motorbike features Hagrid’s motorcycle, with the sidecar that Harry sits in as seen in “Harry Potter and the Deathly Hallows.”

Parts can be easily removed from the metal sheets using a pair of clippers and as shown. Tweezers make an ideal tool for bending or twisting the connection tabs. Instructions Included. Simply pop out the pieces and connect using tabs and holes.

No glue is needed to build Hagrid’s motorbike. Just magic.