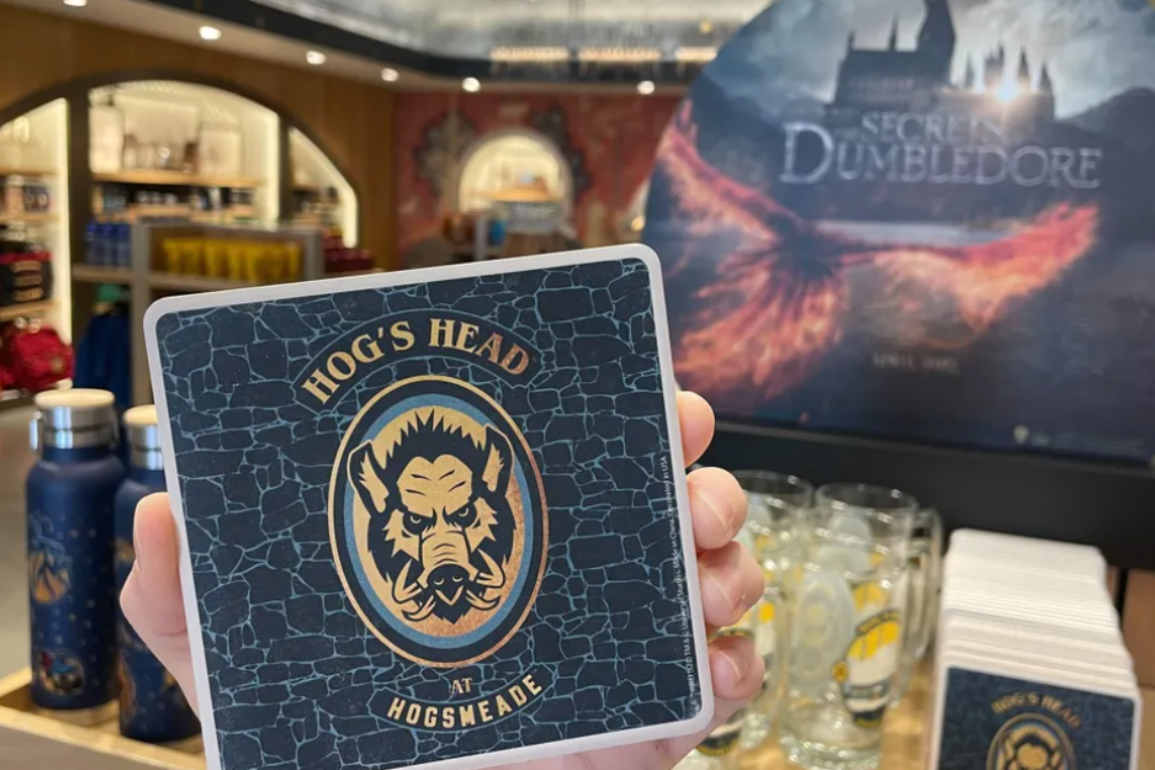 The newest addition to the new “Fantastic Beasts: The Secrets of Dumbledore” merchandise is this Hog’s Head coaster. We found it at the Universal Studios Store in CityWalk.

The coaster is square and has a deep-blue brick pattern.

Cork is on the bottom of the coaster.

The Hog’s Head appeared in the original “Harry Potter” series and will appear in “Fantastic Beasts: The Secrets of Dumbledore.”