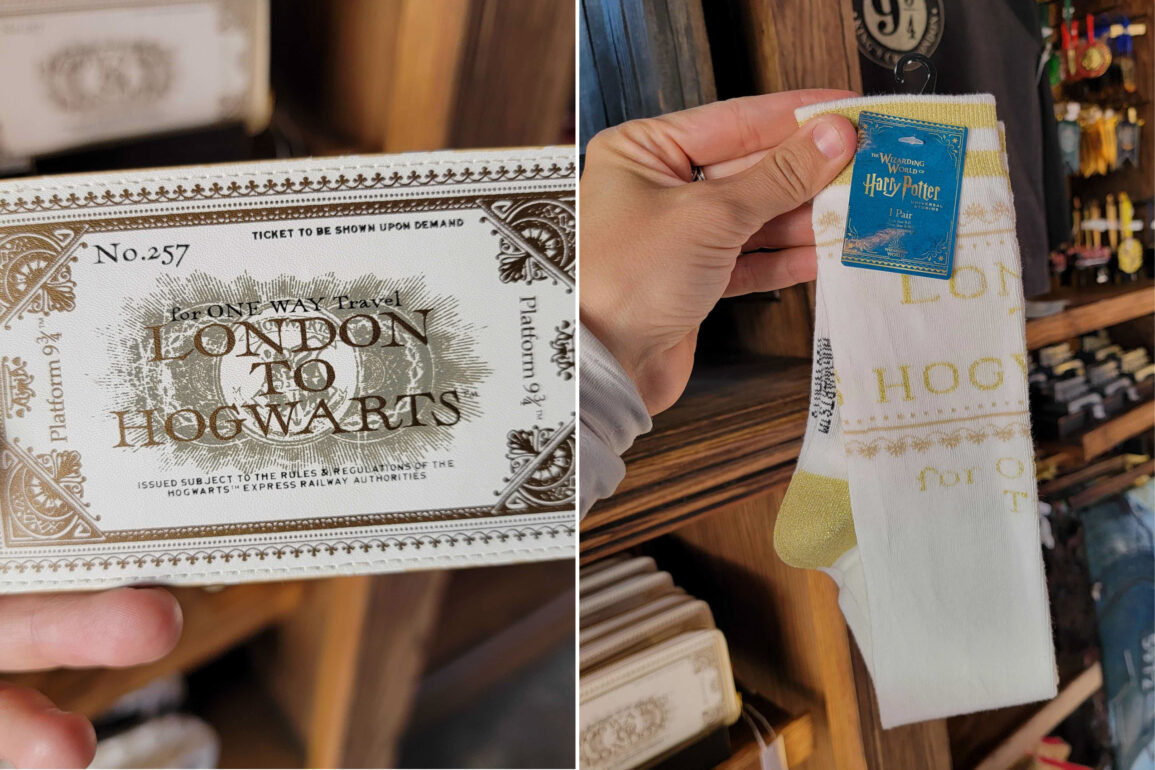 All aboard! The ever-growing line of Hogwarts Express-themed merchandise has added a new keychain and a pair of socks to its illustrious white and gold lineup. And the best part? They’re available now at Universal Studios Hollywood!

This white and gold keychain features the same art seen across the Hogwarts Express line. The ornately decorated ticket reads “for ONE WAY Travel LONDON TO HOGWARTS” on the front, with other accoutrements such as “Platform 9¾” on the sides and the Hogwarts crest in the background.

The back is a somewhat reflective gold color with the Wizarding World logo and other legal notices embossed.

The white and gold socks compliment each other with a much simpler design than the rest of the line. Each sock represents one leg of the journey, with one as “London to Hogwarts” and the other as “Hogwarts to London”.