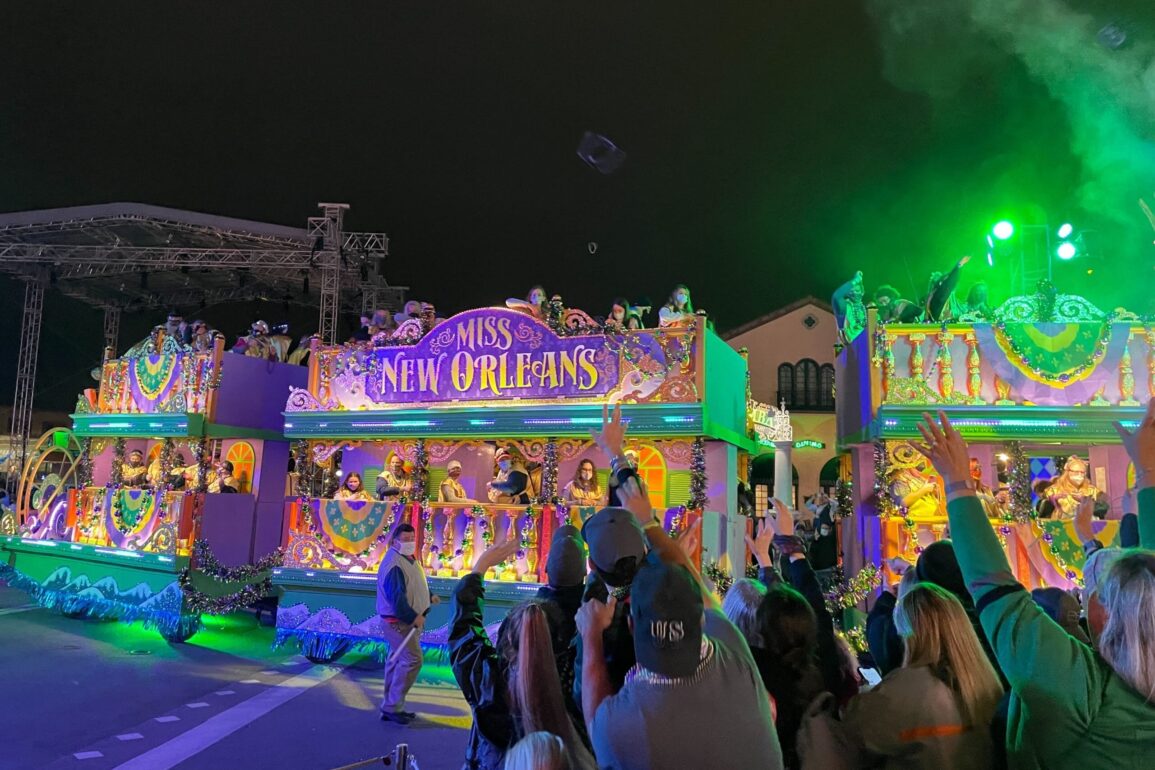 We were at Universal Studios Florida for the first night of the Planet Mardi Gras 2022 Parade and it was out of this world! Keep on reading for all the coverage.

The Mardi Gras parade returns this year with a “Planet” theme, along with amazing new and improved floats.

We always love seeing these floats getting improvements year after year.

This year, there is so much lighting and neon colors on each float. These floats truly light up Universal Studios Florida.

The stiltwalkers and performers also have beautiful light-up costumes to match the floats.

We also ran over to another location to grab a second viewing of this amazing parade.

And of course, lots of Mardi Gras beads were thrown into the crowd.

These floats also had kinetic elements, like spinning planets.

And of course, the classic King Gator float closed out the parade.

Watch our full video of the parade below:

According to the Universal Orlando Resort website, the Mardi Gras Parade will be unavailable on April 1, 2, and 8 due to the park closing early. For parade times, click here.

Guests can join a virtual queue to be part of this special parade. Keep in mind that guests must be at least 48″ tall to participate and any guest under 18 needs to be accompanied by a parent or adult guardian over the age of 18.