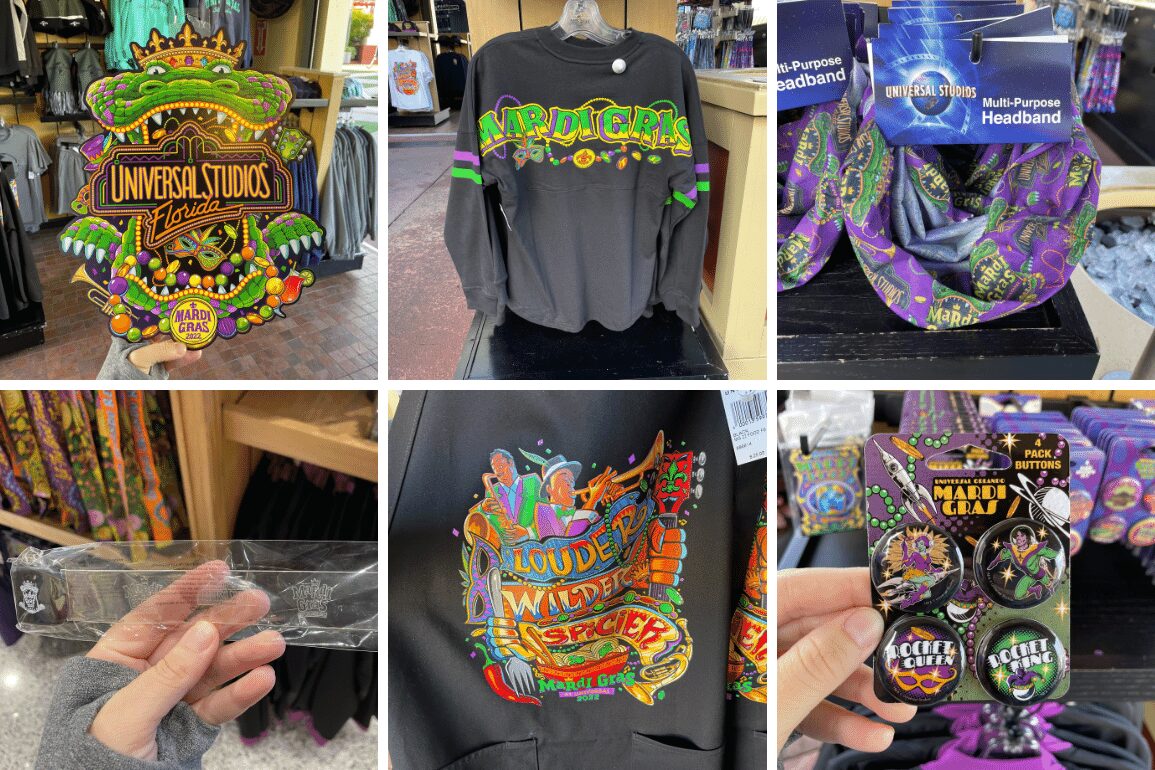 The good times are getting ready to roll at Universal Orlando Resort as Mardi Gras quickly approaches, and it looks like even more merchandise has gotten the party started early! Let’s take a look at what’s new!

For aspiring chefs, there’s this black apron featuring colorful art inspired by the music and food of New Orleans.

In the center, it promises that this year’s Mardi Gras will be “Louder, Wilder, and Spicer” than ever!

The apron also boasts “Stain Release Technology,” which should hopefully make it easy to clean.

Revelers can fight off the chill of February with this comfy-looking black Spirit Jersey-style shirt.

The front features the Universal Studios name surrounded by a crown and beads.

The back shows off “Mardi Gras” in the traditional green, yellow, and purple color scheme, with such paraphernalia as beads, coins, and a mask.

For an extra bit of flair, you can blast off with this sci-fi inspired pack of four pins. Whether you’re a Rocket Queen or King, you can take the fun to the stars!

We found all of the above items at the event kiosk in Universal Studios Florida near the entrance to Hollywood Rip Ride Rockit.

These closely resemble the ones released as part of the “Beetlejuice” preview collection for last year’s Halloween Horror Nights.

Even though merchandise is already out, the fun of Mardi Gras officially kicks off February 5th and runs through April 24th. Are you excited to celebrate Mardi Gras at Universal Orlando Resort? Let us know in the comments below!