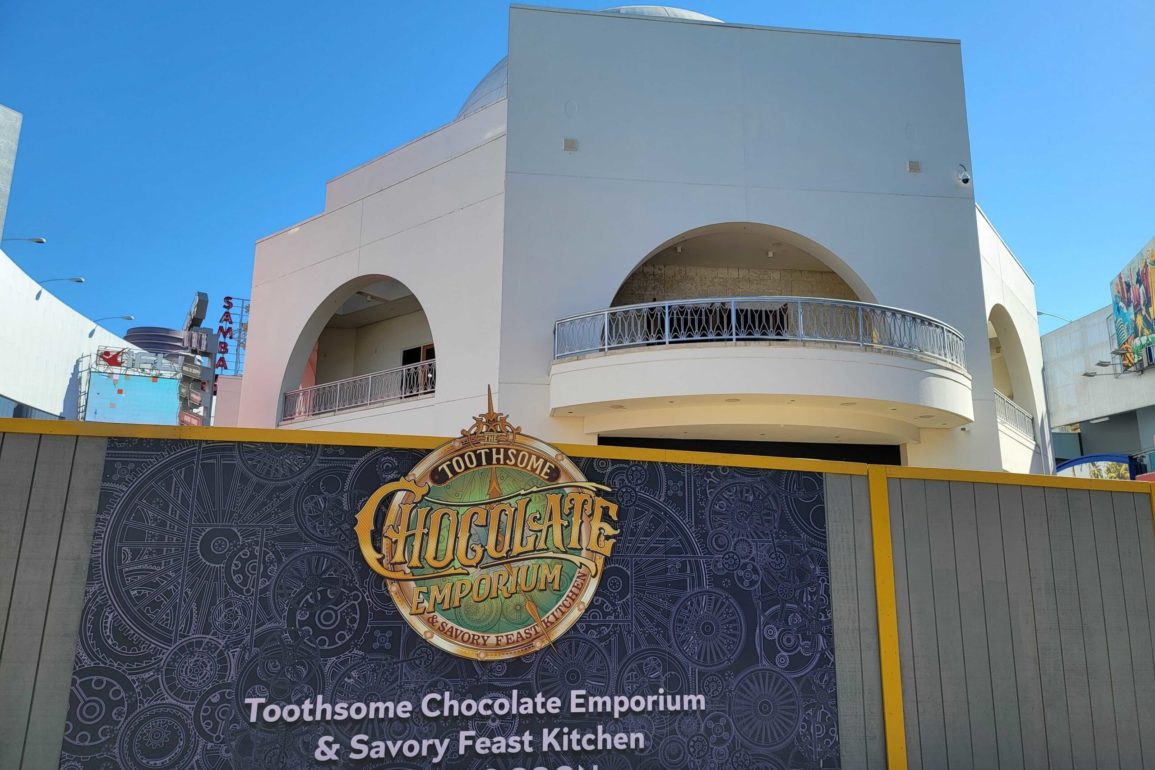 From up high, we could see that some of the ground had been excavated and work was underway on the front doors.

A walkway leads to the front doors, which are currently just exposed natural wood.

Wood supports, a broom, and Husky-branded boxes are visible inside.

The side doors were open and construction materials, including more wood, were sitting outside.

There were a few piles of dirt from the excavation work.

For now, Toothsome is just “coming soon.” Keep watching Universal Parks News Today as we keep you updated on this project!