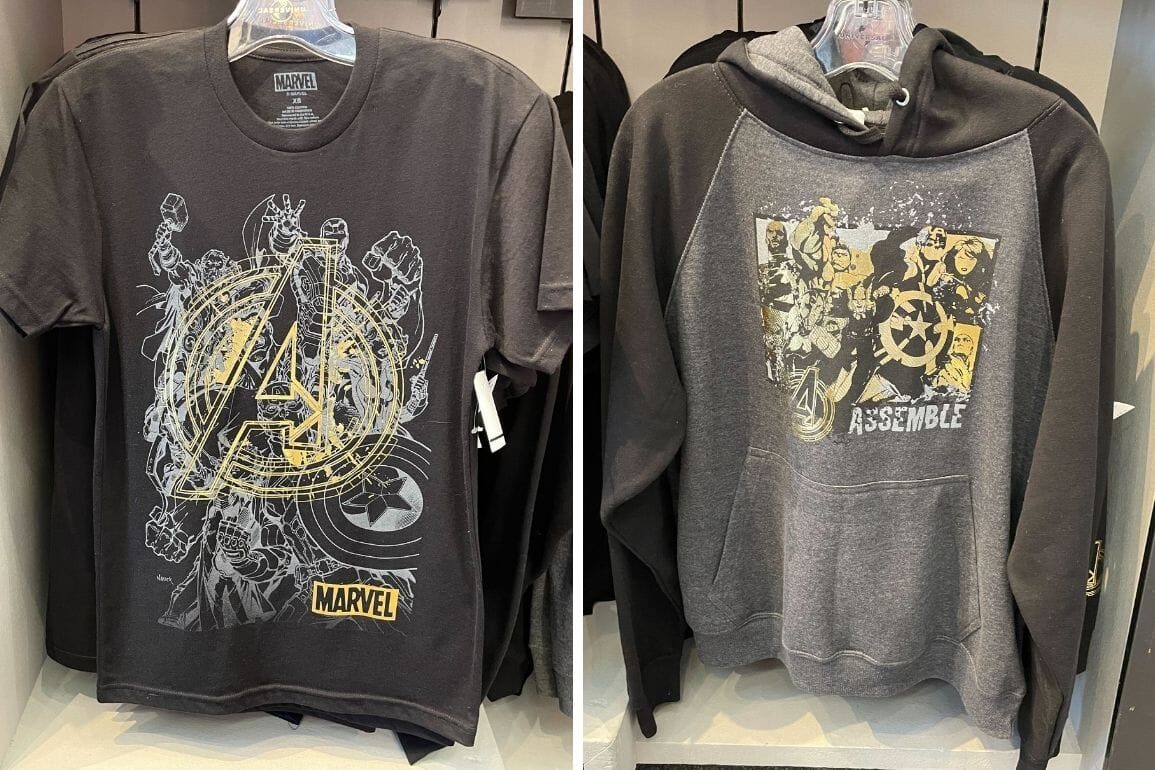 On a recent shopping trip at Universal’s Islands of Adventure, we spotted this cool new Marvel Avengers t-shirt and hoodie. You can find both in the Marvel Alterniverse Store, located in Marvel Super Hero Island.

The Marvel Alternaverse Store can be found under Wolverine. In the style of classic comics, the sign simply reads “Store.”

This black tee features several Avengers characters outlined in white behind the yellow “A” logo.

The tee prominently features Captain America above the yellow Marvel logo, with The Hulk and Hawkeye nearby.

Iron Man, Thor, and Black Widow make up the top of the image.

The back of the tee has the same yellow Avengers arrow logo at the neckline.

We also found this matching hoodie, which features most of the same characters, along with Nick Fury.

The sleeve also features the Avengers logo in shiny gold.

The heroes have assembled!

The back of the hoodie is plain grey, while the hood is black to match the sleeves.

Will you be adding any of these new Avengers tops to your closet? Let us know in the comments.

Previous
RUMOR: Back to the Future & Jurassic World Escape Rooms Coming to CityWalk at Universal Orlando