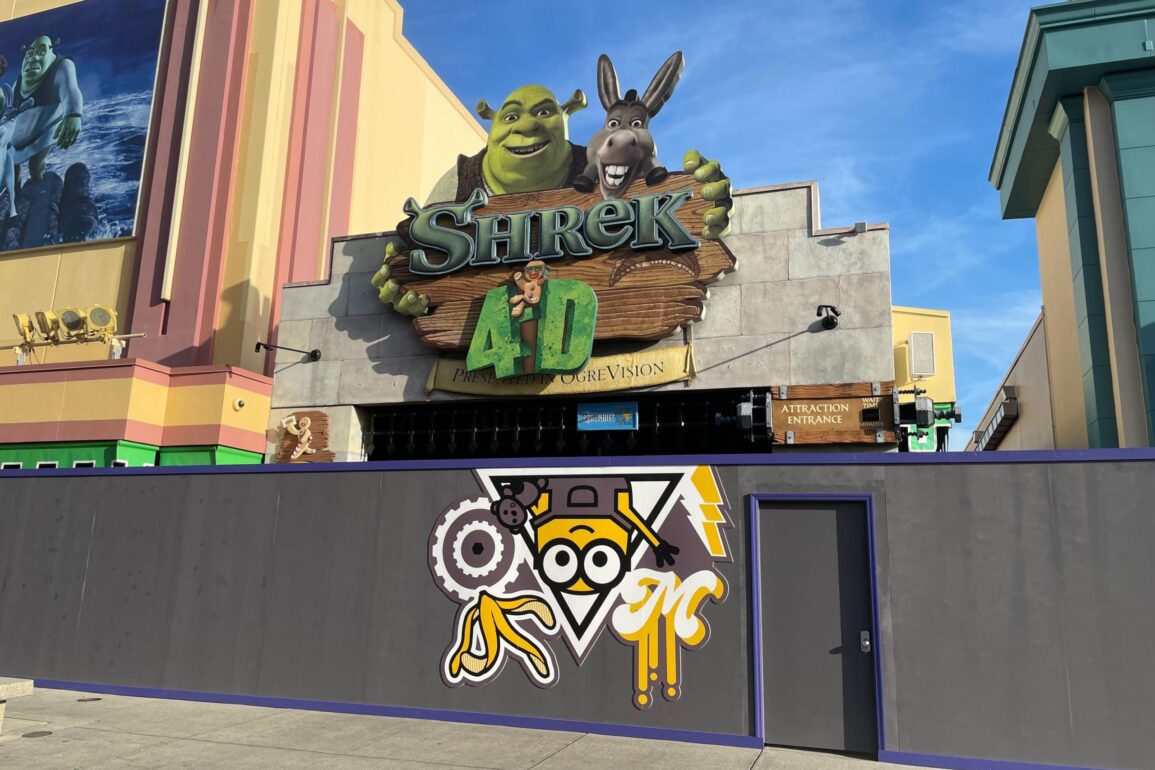 Shrek 4-D has officially closed at Universal Studios Florida and is now surrounded by Minions-themed construction walls. No official announcement has been made about what will replace Shrek 4-D, but it does seem that it will be Minions-inspired.

Rumors point to an interactive experience based on Villain-Con, a fictional Orlando-based convention featured in the first “Minions” film.

According to Orlando ParkStop, early rumors indicated that Universal Creative was exploring the concept as a trackless ride (much like some of Universal’s newer attractions, including Skull Island: Reign of Kong). It was also conceptualized as a walkthrough. Current rumors point to something in between the two concepts. Guests would try different items on the convention floor with moving walkways transporting them from one shooting gallery to the next, similar to Men in Black: Alien Attack but without the ride vehicle. The new attraction would leave a theater space available for a Halloween Horror Nights house, as it has been used to house a maze for the event since a 9th house was added to the lineup in 2015.

For now, this is just a rumor, and plans may change. If Universal proceeds with this design, it would probably not open until 2023 at the earliest.