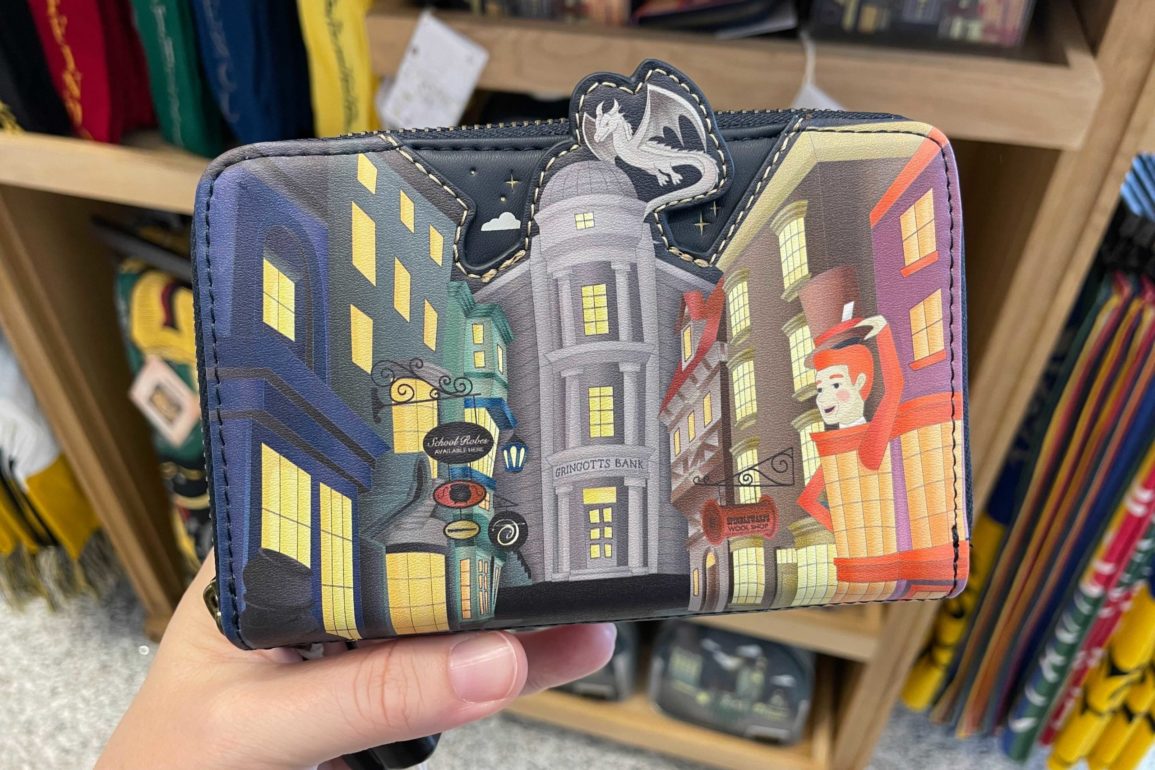 A new Loungefly wallet inspired by Diagon Alley has appeared in Universal Orlando Resort. We found it in the “Harry Potter” section of Universal Studios Store in CityWalk.

The front of the wallet resembles the famous alley, with a starry sky behind Gringotts Bank.

The dragon also featured at the real-life The Wizarding World of Harry Potter – Diagon Alley is soaring above the bank.

The other side of the wallet features more stars.

The inside has card slots, and the lining is patterned with “Harry Potter” items such as brooms, cauldrons, and owls.