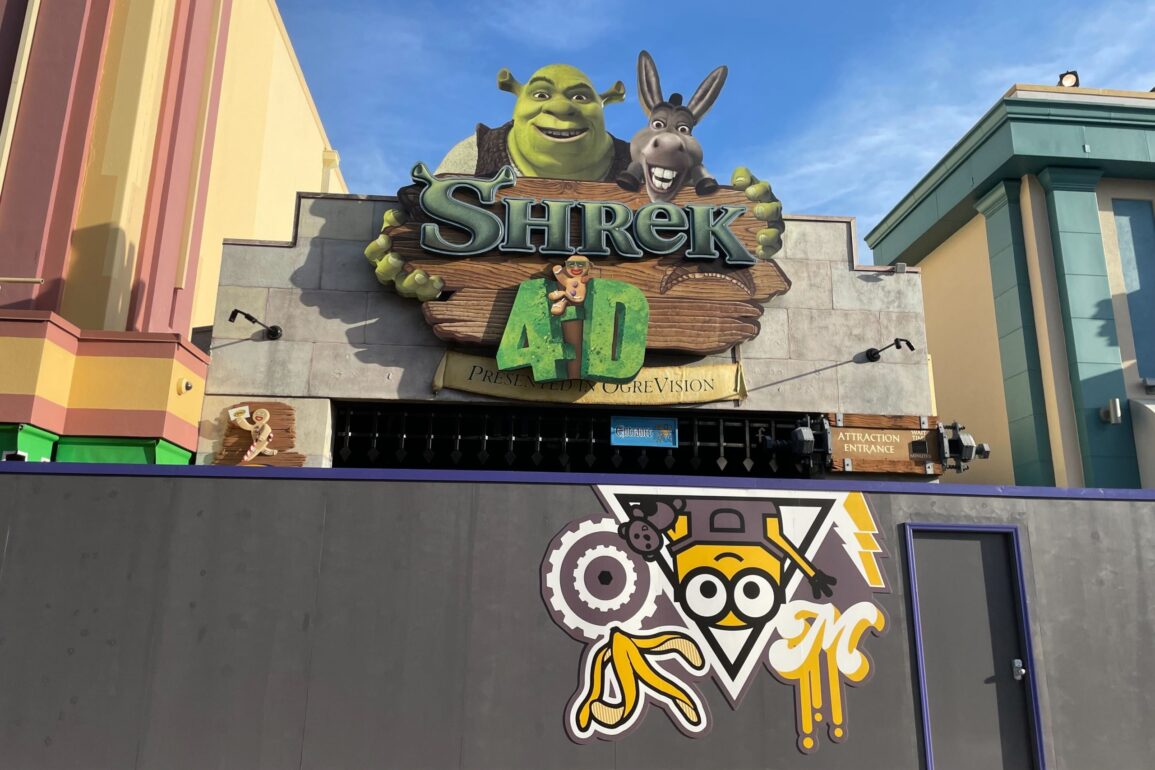 Shrek 4-D at Universal Studios Florida is officially closed permanently. No announcements have been made about what will replace the attraction, but Universal Orlando Resort has been hinting at something on social media.

After sharing a few banana photos, Universal Orlando Resort today posted a video in which they replace an onion (representing Shrek) with a banana (often used to represent Minions).

If the banana wasn’t hint enough, construction walls featuring Minions have now been erected around the former Shrek attraction.

As it has only been one day since the closure of Shrek 4-D, nothing about the building looks different.

The Minion images are graffiti-style, with “Minions” in bubble font over caution tape.

A Minion can be seen skateboarding.

Another Minion looks mischievous next to a yellow fire hydrant with an “M” painted on it.

The walls extend all the way around the building to Transformers: The Ride.

These may only indicate a temporary Shrek 4-D replacement, such as a Minions meet-and-greet. After all, the ride Despicable Me Minion Mayhem already exists across the street.

What would you like to see replace Shrek 4-D? Let us know in the comments.