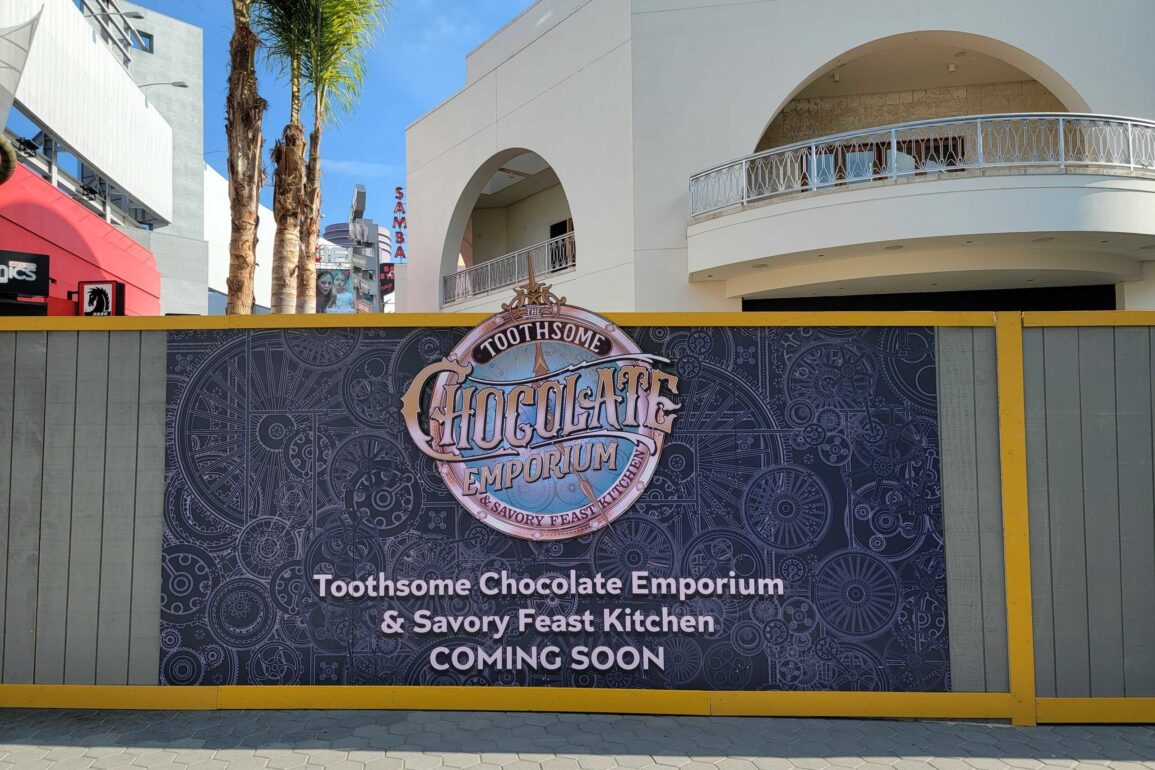 Construction walls were initially around the Toothsome building but were removed last summer. We haven’t seen any exterior progress since then.

The walls are back, advertising the restaurant with some pictures of Toothsome treats.

The building itself looks the same, with a dome on top and balconies around the second floor.

Hopefully, this means we will see more progress on Toothsome soon. The restaurant is a popular themed dining destination known for its milkshakes at CityWalk in Universal Orlando Resort and Universal Beijing Resort.