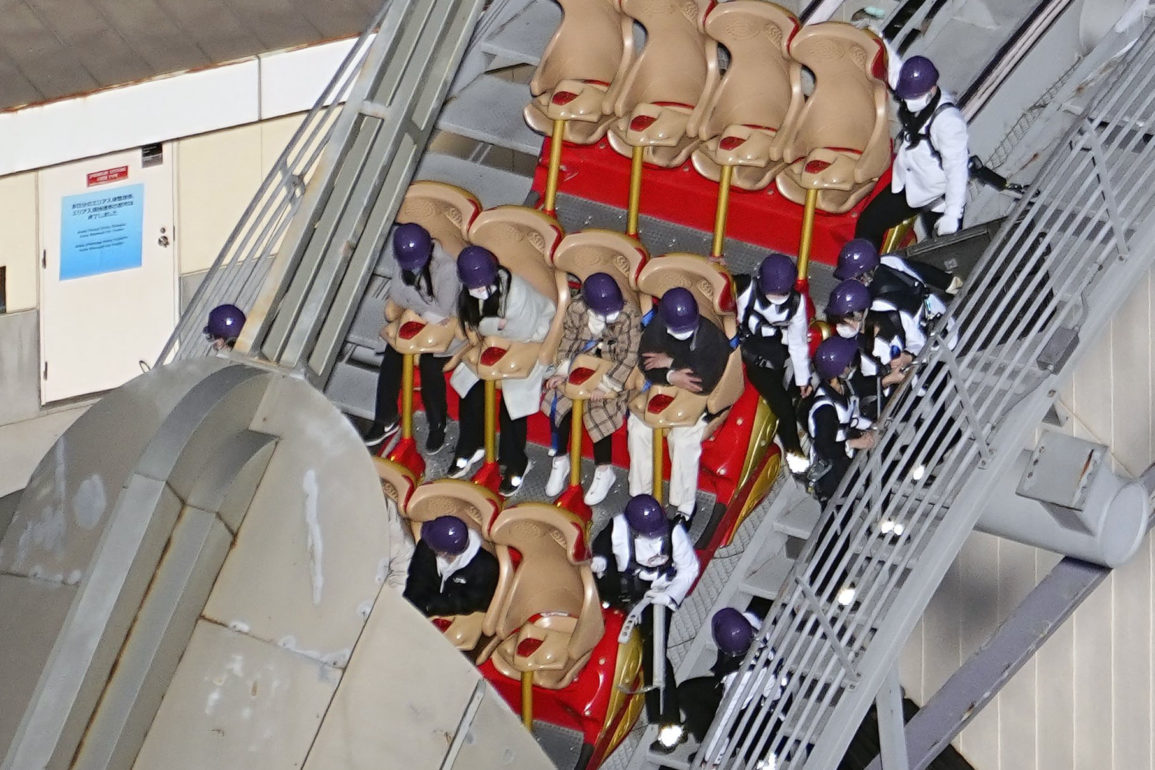 Hollywood Dream: The Ride Evacuated Due to ‘Sensor Abnormality’, No Injuries Reported at Universal Studios Japan

A number of local news outlets including the Mainichi Shimbun and NHK are reporting that thirty guests aboard Universal Studios Japan’s headliner coaster Hollywood Dream: The Ride were evacuated from the top of the 141-foot high lift hill for the second time in four months.

The incident occurred around 1:10pm local time as the Backdrop version of the attraction was preparing to crest the lift hill. Universal Studios Japan stated that sensors on the attraction “detected an abnormality”, and the cause of this malfunction is being investigated.

Crew Members at the park were able to distribute hard hats to all thirty guests and safely escort them down the emergency steps on the lift hill. The attraction remained closed for the remainder of the operating day. This is the second time this incident has occurred in four months, with a power outage back in October due to a faulty switchover by the local Kansai Electric Power Co. causing many attractions at the park, including Hollywood Dream: The Ride to go down. Coincidentally, that incident also occurred when a Backdrop coaster was about to crest the lift hill.