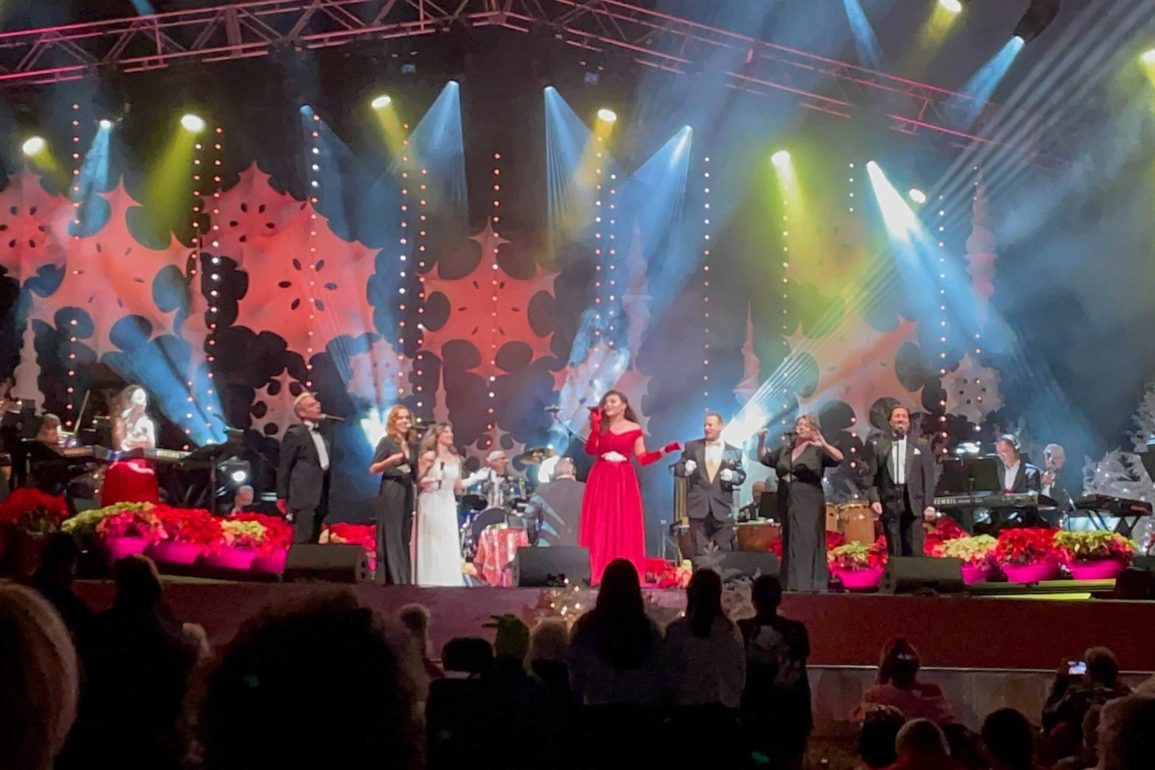 Mannheim Steamroller performed their first show of the season this weekend at Universal Studios Florida, marking the first live concert to return to Universal Orlando Resort since the parks reopened last summer.

Here is a look at the front half of tonight’s crowd. It was pretty packed as many guests were anxious to experience live music again at Universal Orlando Resort.

The show opened with an Acappella group singing a medley of Christmas songs.

There were also a pair of interpreters to the side of the stage at tonight’s show.

The show is very beautiful with the stage being lit up in all sorts of festive holiday colors.

Mannheim Steamroller will perform again on December 11 and 12 at 7 p.m.

Watch our video of the Mannheim Steamroller performance below.

Previous
REVIEW: Nashville Hot Chicken Mac and Cheese from the San Francisco Holiday Food Truck is a Spicy Sweet Must Have at Universal Studios Florida