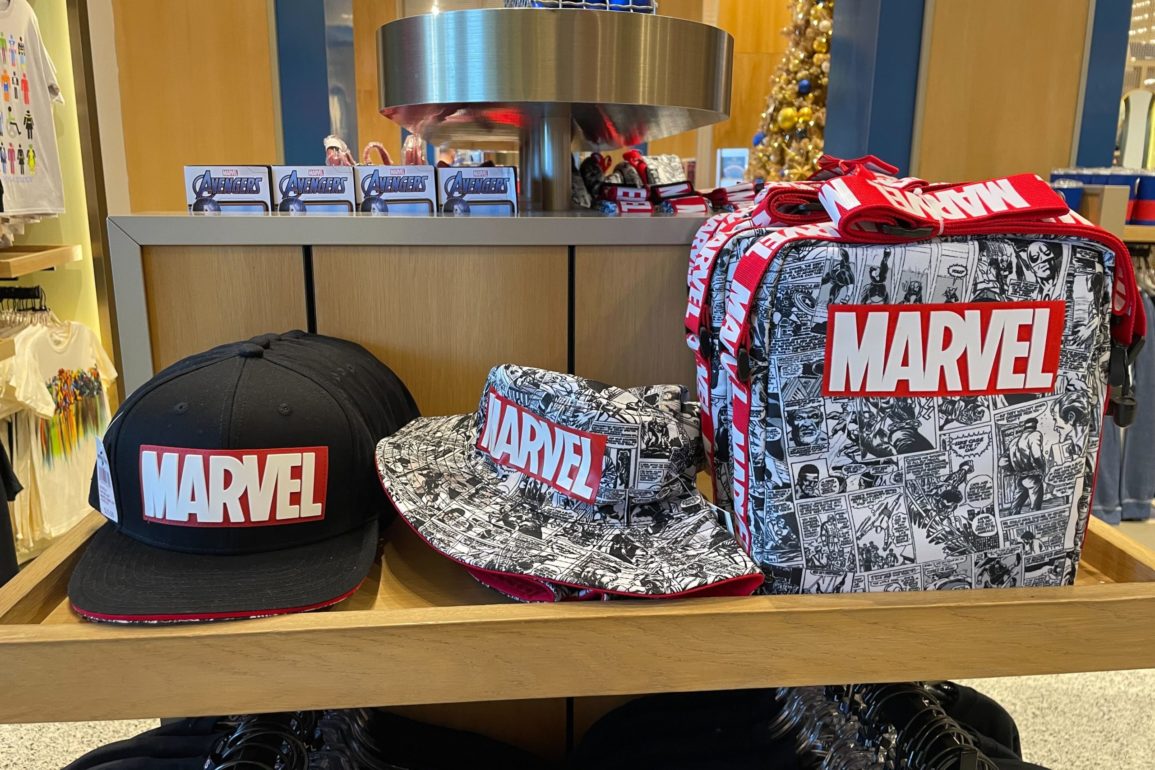 If you’re a big comic book buff, then the Universal Studios Store at Universal CityWalk Orlando should probably be your next stop! We found this amazing collection of Marvel merchandise themed to black-and-white comic strips, and there’s quite a few things that might catch your eye.

The backpack is wrapped on all sides with black-and-white comic strip art featuring heroes like Captain America, Spider-Man, The Incredible Hulk, Iron Man, and many more.

The wallet features space for four cards plus cash and a coin purse.

The fanny pack has two zip pockets and features the same comic book art wrapped all around, but comes with a generic black strap.

This bag comes with larger comic book art wrapped around instead of smaller vignettes like on the fanny pack, wallet, and backpack. It also comes with a red strap with the Marvel logo printed along.

This bucket hat can be used as both a plain red Marvel hat or a comic book art-wrapped hat.

The cap exterior is all black with only a Marvel logo. Comic book art is only found on the underside of the brim.

The hoodie features the Marvel logo on the front with faded comic book art wrapping around all sides.

On the back is the first splashes of color in this line, with art depicting Thor, Spider-Man, Iron Man, and Captain America.

The shirt is the same as the hoodie, except without the color characters on the back.

All of these items are on sale now at the Universal Studios Store in Universal CityWalk Orlando, so pop on in next time you hit up CityWalk to get this amazing Marvel comic book art merch!