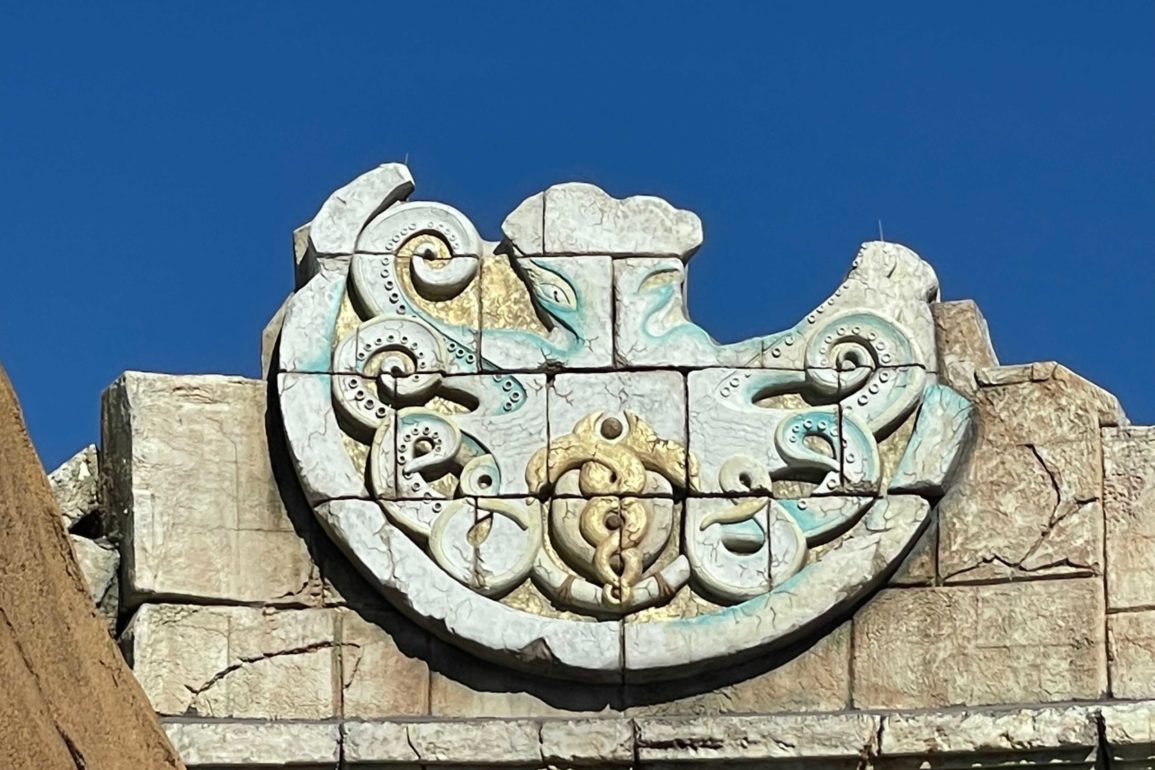 The repainting of the Poseidon’s Fury façade recently moved up to the broken seal at the center of the building. Details of the seal have now been painted with gold and green.

The attraction has been closed for a year and a half, but refurbishment was only recently visible outside.

The archways beneath the seal were also recently repainted.

The seal resembles an octopus or squid, with two dolphins jumping in front of it.

The background and the dolphins have been painted gold, while details of the squid are now green.

According to the Taylors and Professor Baxter, Poseidon’s Fury may reopen in February 2022.