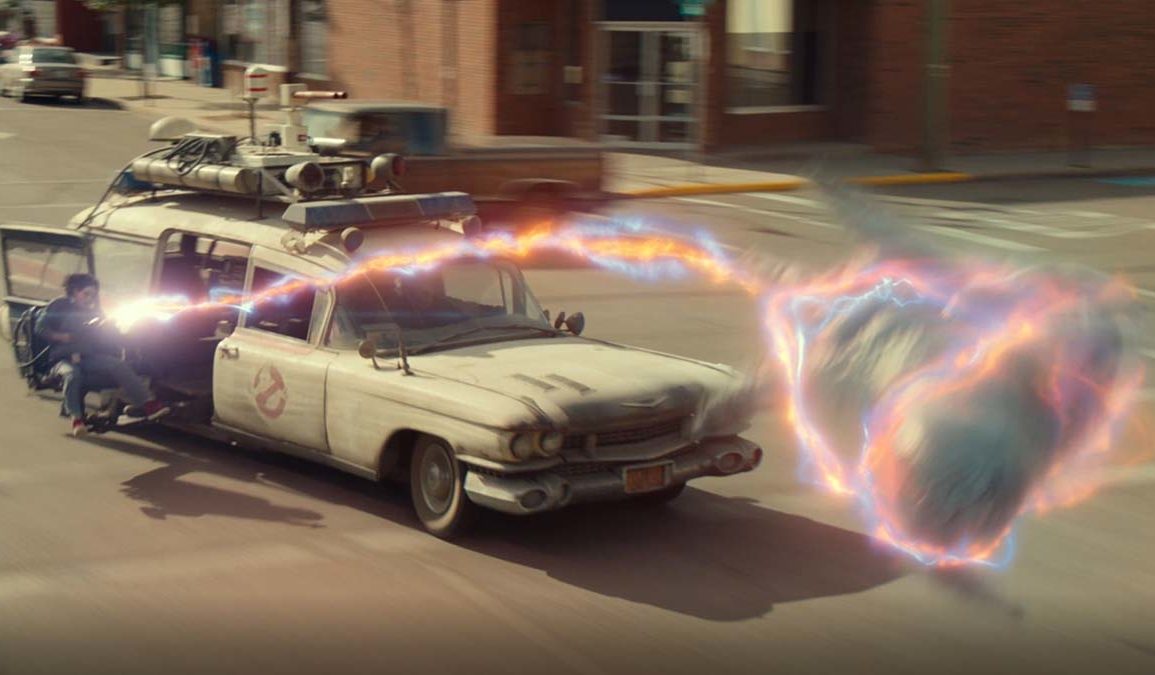 “Ghostbusters: Afterlife” may have been ousted from the #1 box office spot by Disney’s “Encanto,” but it’s still going strong. On the tails of its success, director Jason Reitman has revealed his wishes for a theme park attraction.

In an interview with Collider, Reitman revealed that one scene was made as wish fulfillment on his part. In a thrilling car chase scene, Phoebe (Mckenna Grace) hangs out of the Ecto-1 on a seat pursuing Muncher.

“I made it because, you know, I’m trying to relive fantasies of riding in the DeLorean or riding on speeder bikes on Endor in Return of the Jedi. So if I could know what it felt like…” he said.

Reitman had clearly already given the concept of a theme park attraction a bit of thought, because he went on to explain, “There’s that great ride at Universal Orlando, it’s a Hogwarts ride where you’re on Hagrid’s motorbike with the sidecar. And if we could do something like that with Ecto-1, so down.”

Pictured above is the ride vehicle for Hagrid’s Magical Creatures Motorbike Adventure, which features two side-by-side seats: a motorbike and its sidecar. With a little imagination, it’s easy to see how the vehicle (or something similar) might be transformed into the Ecto-1.

Would you like to see a theme park ride based on “Ghostbusters: Afterlife”? Let us know in the comments.