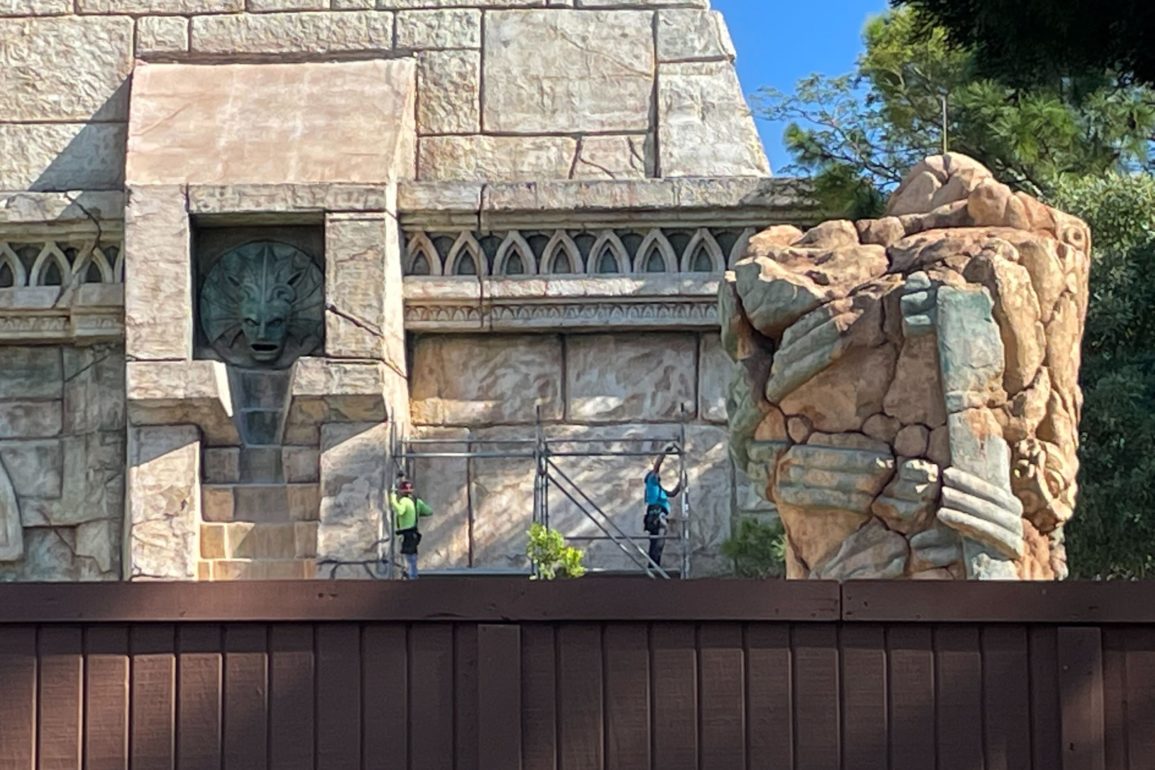 PHOTOS: Scaffolding Up Outside Poseidon’s Fury in Universal’s Islands of Adventure

Poseidon’s Fury in Universal’s Islands of Adventure has been temporarily closed since August 2020 and construction walls were erected around it in August 2021. We can now see scaffolding on the attraction’s façade and crew members working on the building.

Construction walls were recently moved back closer to the building.

The scaffolding is past the attraction’s entrance.

From another angle, we could see the scaffolding and crew more clearly.

No announcements regarding Poseidon’s Fury have been made since its August 2020 closure, but hopefully, the attraction is just being refurbished.

This morning, it looked like the crew was just working on setting up the scaffolding.