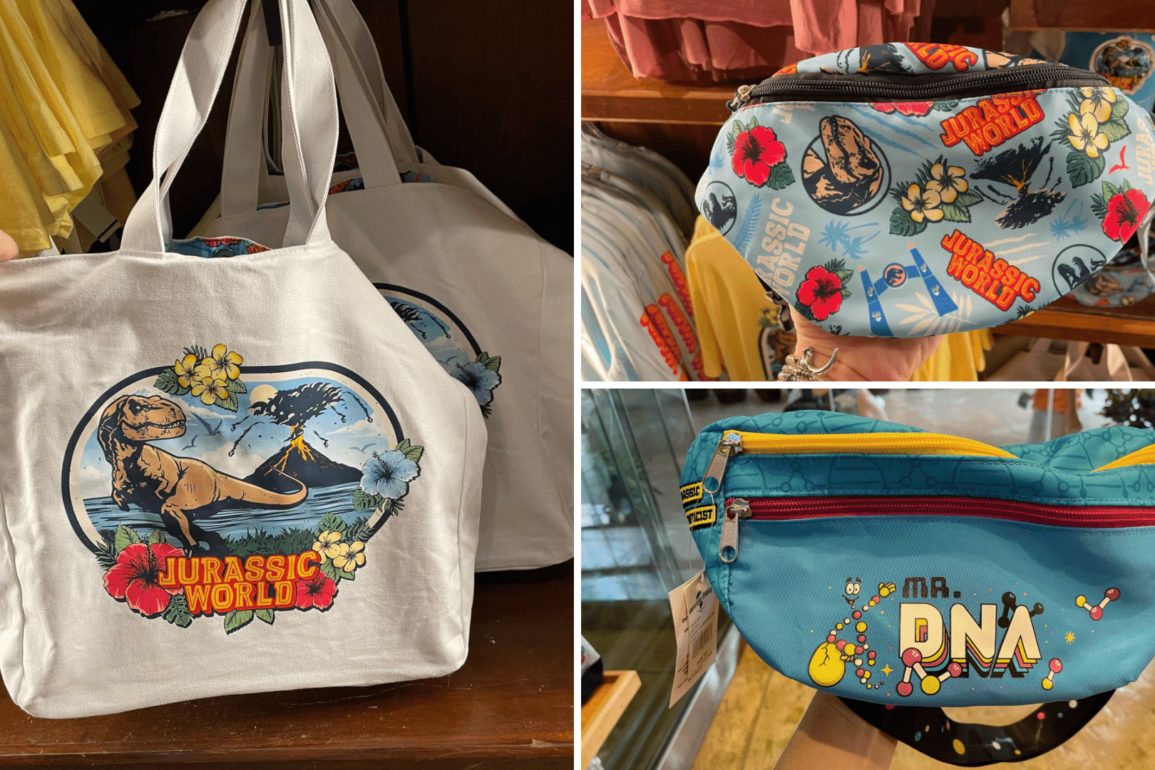 Don’t let the dinos steal your cash with one of these new belt bags or a tote bag inspired by the “Jurassic Park” franchise. These are now available at Universal’s Islands of Adventure.

Mr. DNA merchandise has been popular for the last year at Universal Orlando Resort.

This belt bag features the cartoon character on the front.

The black strap is covered in colorful strings of DNA.

The back of the bag has a print of DNA strands and the Jurassic Park logo.

Patches reading “Jurassic Geneticist” are embroidered on the side.

If you’re more into “Jurassic World” than “Jurassic Park,” you might prefer this belt bag.

It says “Jurassic World” on the strap.

The bag — which also has two pockets — has a Hawaiian print featuring flowers and Jurassic World icons.

The zipper pull is the Jurassic World logo.

This tote bag matches the print above. On the front is a T-Rex looking back at an exploding volcano.

It has handles and an adjustable strap.

The interior lining is the same print used on the belt bag.

It has a magnetic closure and an interior zip pocket.