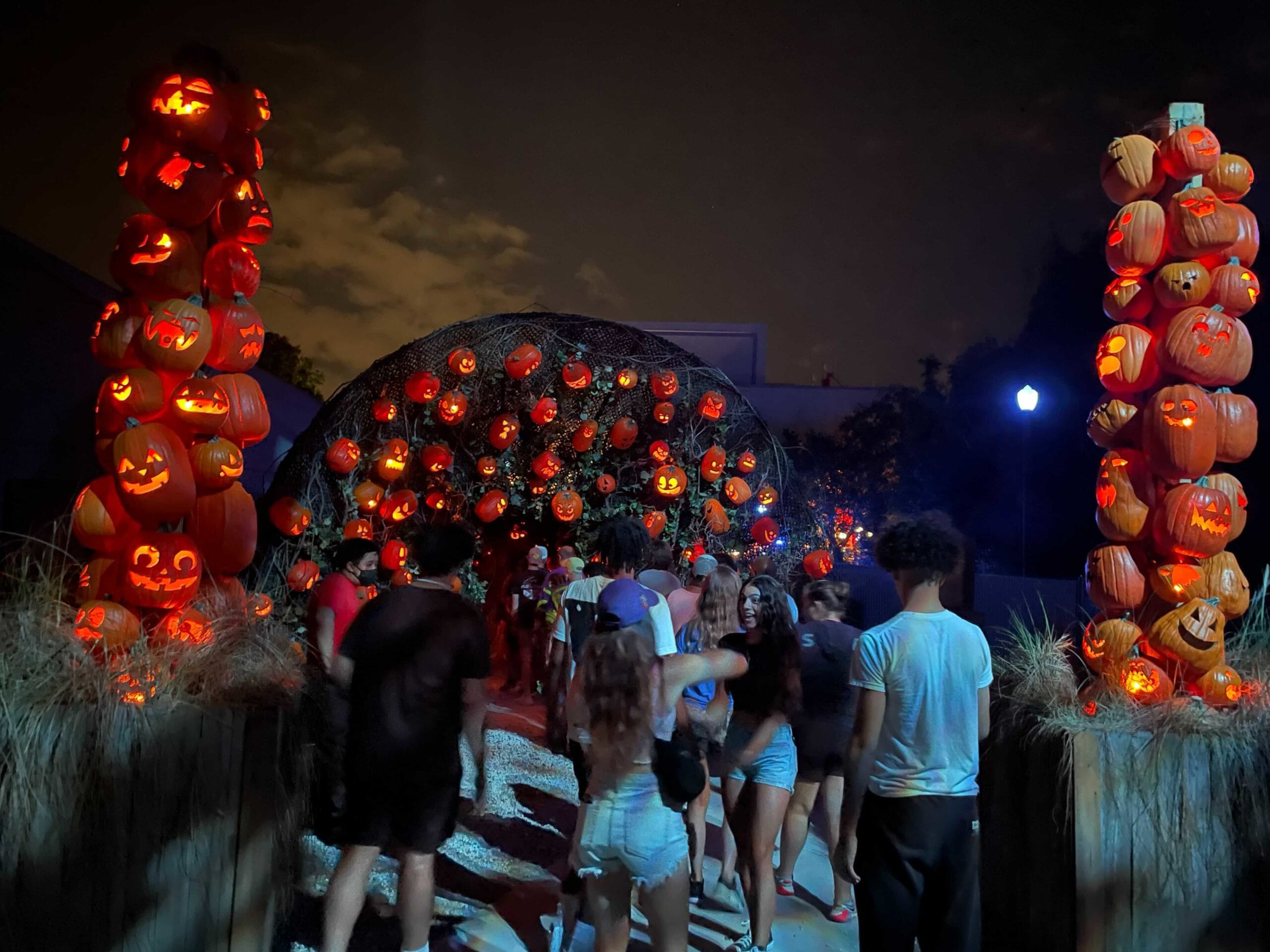 Are you ready to face the Pumpkin Lord? We braved Wicked Growth: Realm of the Pumpkin at Universal Orlando’s Halloween Horror Nights 30.

“There’s no breaking free from the vines of the Pumpkin Lord, here to entrap you in his ever-growing evil.”

This was another top house for us with some of the best scares. At one point, you feel like you’re walking through the insides of a pumpkin. Textured orange pieces are hanging from the ceiling and all around. You feel like you’re inside pumpkin guts. There’s a very unnerving scene where you enter a covered bridge, but pieces of the bridge appear to be missing as you cross. This is a very creative and original house with a really great aesthetic. Do not pass on this one. It’s a love letter to the Halloween season.

Behind the scenes fun facts from the official Production Die-ries: