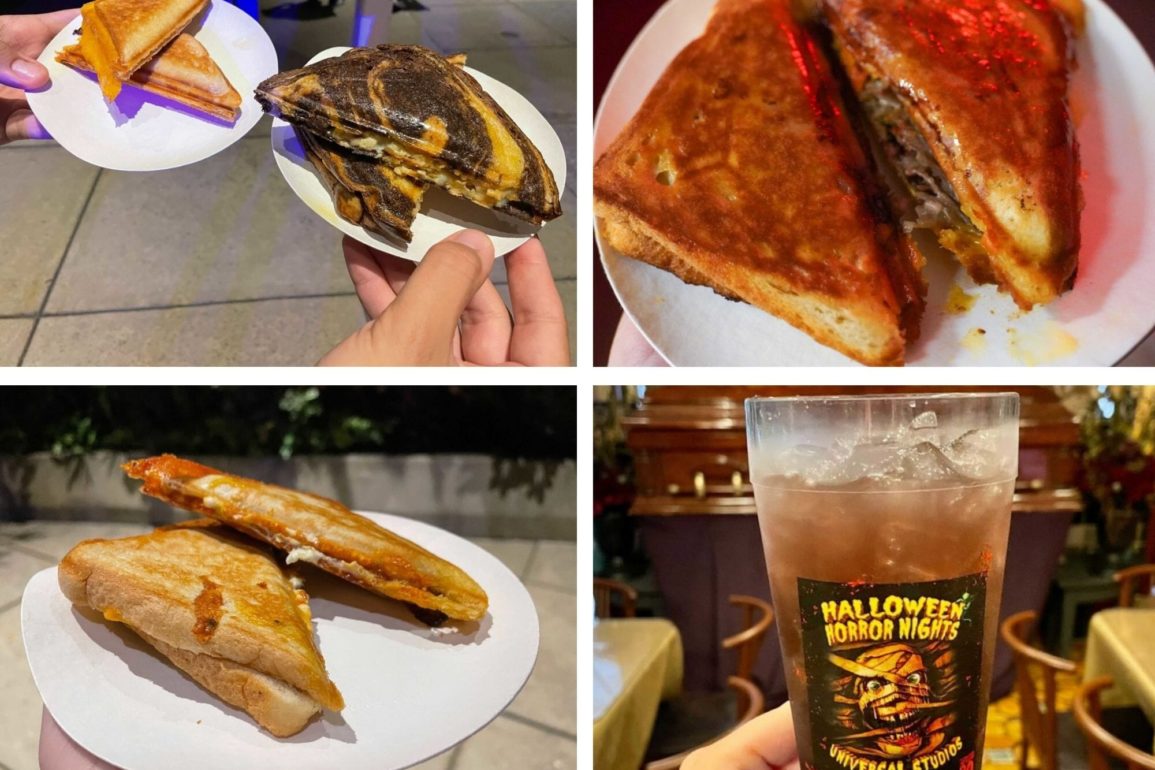 In addition to the haunted house based on the Netflix series “The Haunting of Hill House,” there is also a themed food booth for Halloween Horror Nights 30 at Universal Studios Florida.

These sandwiches are all really good. They’re very greasy and buttery, but that’s probably why they’re so good. You can smell the melted cheese in the air as you get close to this tent.

They are panini-pressed-style sandwiches with nice bread.

The brisket is awesome. Again, it’s pretty greasy but good. The sauce added a nice flavor, although we’re not sure if it was pepper jack cheese or not. We didn’t really taste that.

We loved the creaminess of the jalapeño cream cheese. The smooth cream cheese with the slice of cheddar made this extra cheesy and perfect, and the bacon stood out more with each bite. We recommend this one.

This is vegan, but non-vegans will enjoy it too.

We couldn’t find any sauerkraut, but that was okay.

There wasn’t much of the dressing; we just got a taste of it in our first few bites.

Mostly we just tasted the tempeh and cheese, but they were delicious.

This sandwich was very greasy/buttery, but again, that’s probably why it’s so delicious. It’s a crispy, panini-style grilled cheese. Not too cheesy, just right. A little overpriced for a basic grilled cheese, but we’d eat it again.

Poison Tea Party, along with Ghoul Juice, is available at all of the bar tents.

We weren’t fans of the Poison Tea Party. We would skip it and go for the Ghoul Juice from another tent, or the Texas heat margarita from the Texas Chainsaw booth.

The “Haunting of Hill House” themed food booth can be found in Woody Woodpecker KidZone, as indicated by the orange star on the map below.