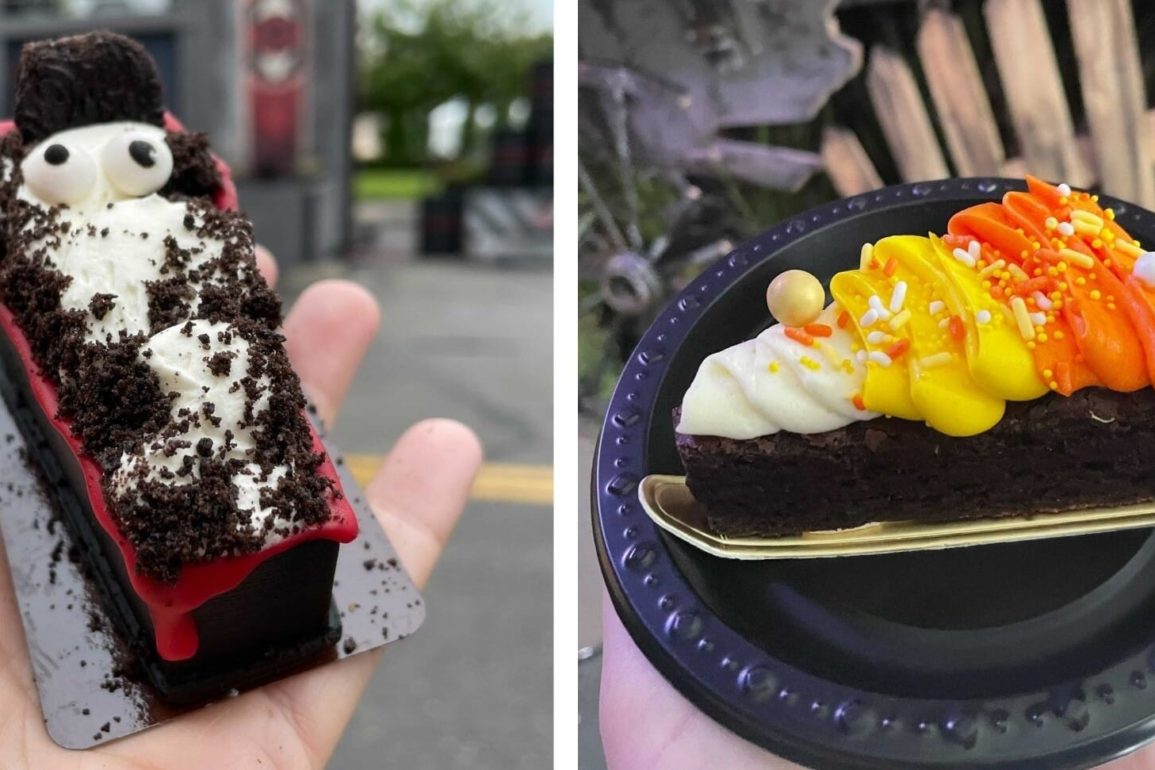 Some specialty foods may only be available during Halloween Horror Nights 30, but you can stop by for a spooky snack from the Tribute Store any time. We dropped in to try out the Coffin and Candy Corn Brownies.

The milk chocolate coffin is hard to break into, but perhaps that’s just to discourage grave robbing. Inside is one of the best brownies we’ve ever had. It was also fudgy and smooth, with just a little crunch.

The frosting tasted different than anything else we’ve had here. It was sweet, but not too sugary, and a perfect complement to the brownie. The only downside is there isn’t enough brownie.

The coffin is very detailed and makes for great photos, but at the expense of the brownie serving size. It was too much milk chocolate. We would get this again, but don’t feel the size of the brownie justifies the price.

We typically would have passed over this one for more eye-catching treats, but do not skip this. This is the best brownie we’ve ever had.

It’s the same brownie from the coffin above but in a much more generous portion without the chocolate decorations. We highly recommend this treat.