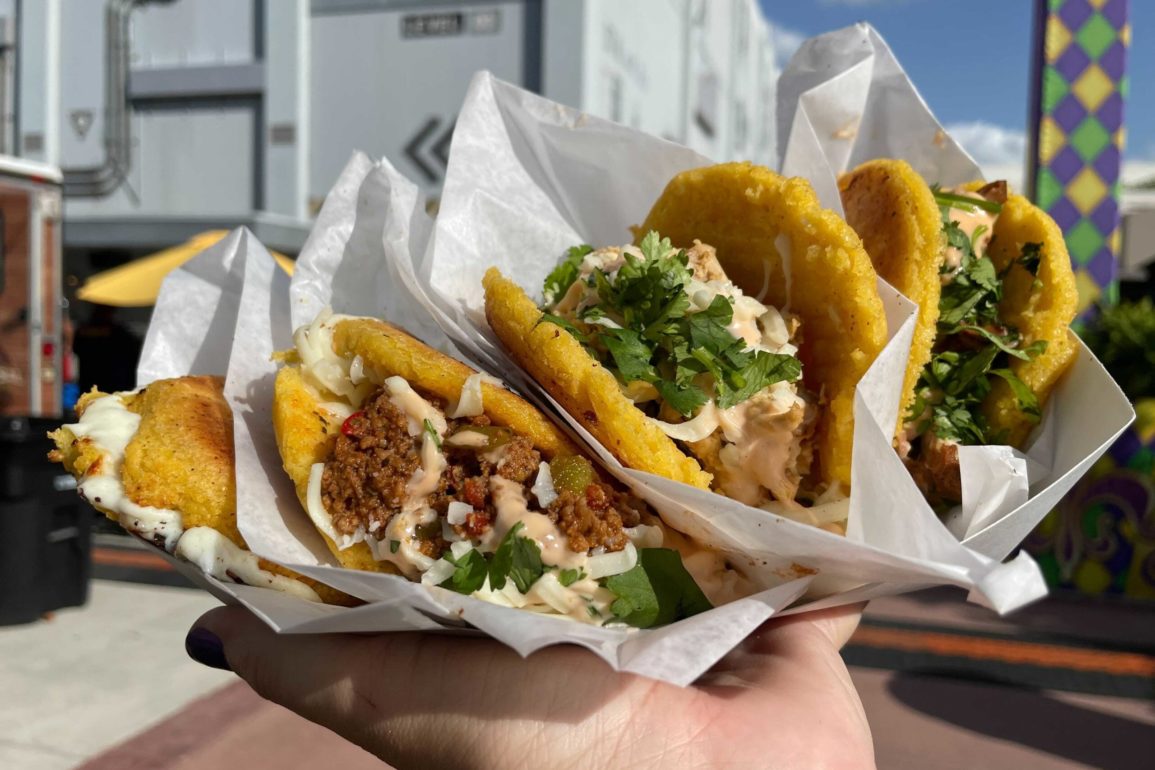 Two food trucks have opened early at Halloween Horror Nights. While one is serving up delicious chicken sandwiches, the other has brought back the arepas we tried at Mardi Gras earlier this year.

This food truck is in the San Francisco area of Universal Studios Florida.

A chicken arepa was available at Mardi Gras but is missing now. In addition to the arepas, there are standard beverages.

The pulled pork in this arepa was tender and juicy.

We liked the balance of flavors in this offering, and we could definitely see ourselves getting it again.

The beef picadillo was amazing. We aren’t sure which is better, this or the carnitas.

The picadillo is savory and gets a lot of flavor from the peppers and onions mixed in.

The queso arepa claims to have mayo ketchup and cilantro, but both of those items seemed to be totally missing. The only thing we could taste was the mozzarella cheese. Kids and picky eaters will probably enjoy this option, but we wish there was something else going on to liven up the pocket.

Location of the Arepas Food Truck at Halloween Horror Nights 30

The Arepas food truck is located in San Francisco near Richter’s Burger Co., as indicated by the orange star on the map below.