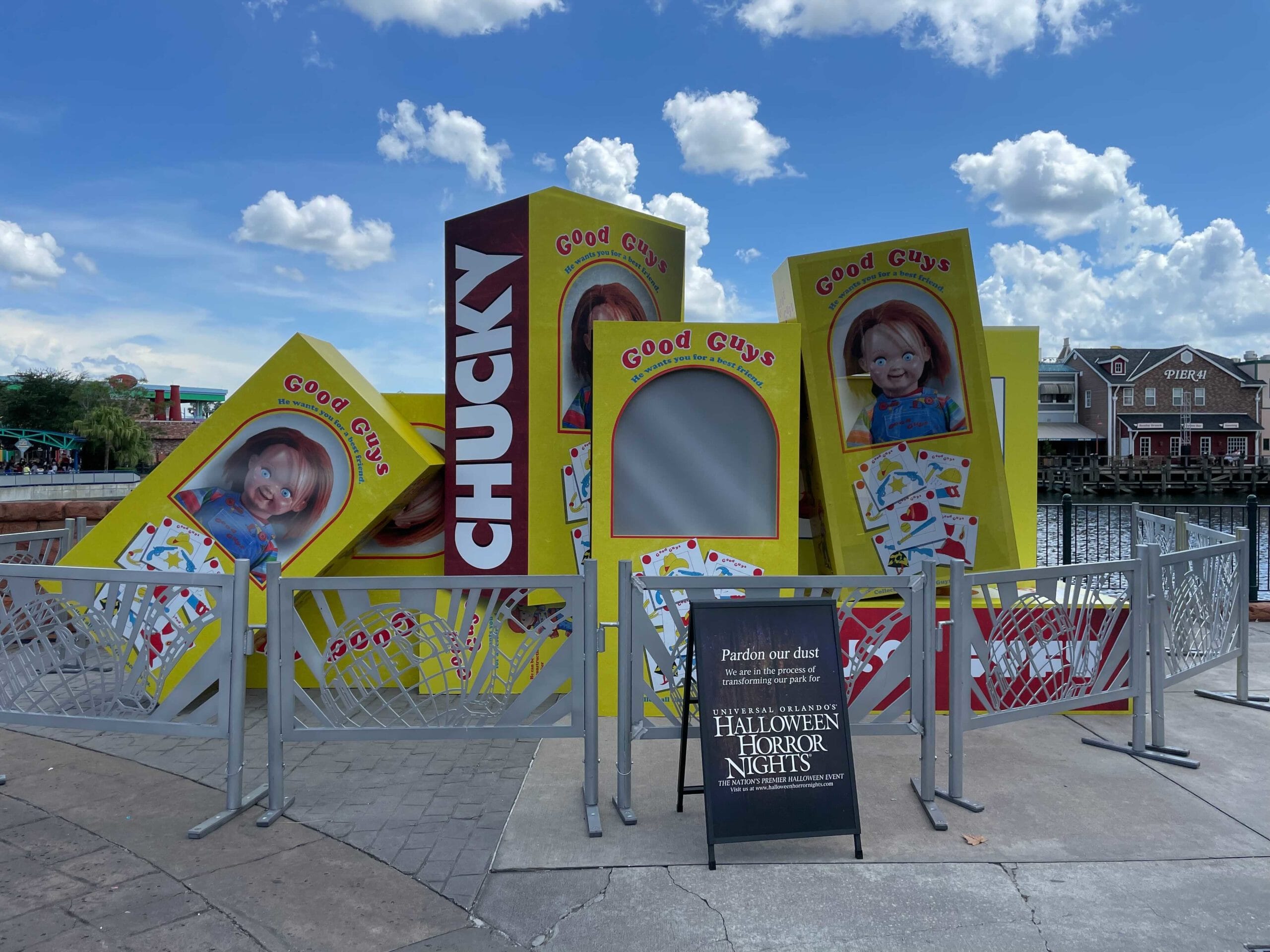 The full list of haunted houses and Scare Zones was released last week.

This Hollywood alien invasion set has been labeled as from PAC Scenic.

Hidden away, we saw the façade of the Puppet Theatre: Captive Audience house.

The façade is covered in old-fashioned advertisements.

Next to Spongebob Storepants, new tents had been erected.

This first tent had a wooden façade, with two openings for serving windows and a spot for a menu.

Another tent was next to the entrance to Woody Woodpecker’s Kid Zone.

And yet another tent sat among the flag poles.

An archway has been erected for Marathon of Mayhem: Carnage Factory, a terrifying show returning to Halloween Horror Nights.

The main structure of the Gorewood Forest Scare Zone is growing taller.

It now tapers at the top into spines.

A Terra Cruentus symbol is pictured on a new banner.

More white tents have been erected throughout the park.

Not far from Revenge of The Mummy, two tents have carnivalesque striped façades.

Guests were taking refuge and parking strollers in some of the tents that were open.

Some extra set dressing has been added to the 30 Years 30 Fears Scare Zone at the front of the park.

New banners now hang at the entrances to the Crypt TV Scare Zone.

The cryptic banners are covered in drawings and unrecognizable writing.

And one of our favorite sets recently installed at Halloween Horror Nights is this pile of Chucky doll boxes.

Chucky is currently surrounded by fences, but a red curtain was hanging open at the back of the set.

If you look closely, you’ll see that some of the boxes actually have painted scrim fronts.

We could see a hand holding a knife behind one of these scrims.

REVIEW: The AP Roll is a Delicious But Spicy Addition to Passholder Appreciation Days at The Cowfish in Universal Orlando CityWalk