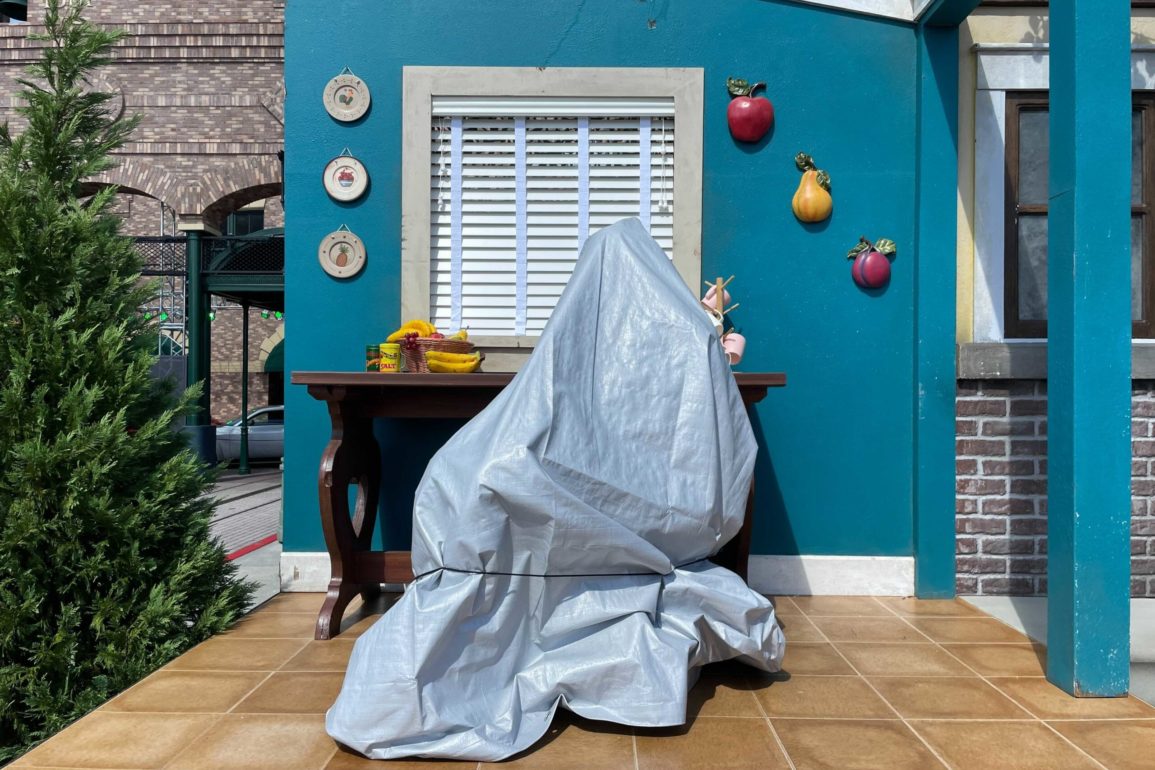 Scare zones are slowly being constructed in Universal Studios Florida for Halloween Horror Nights 30, which starts on September 3. New set pieces and props are arriving almost daily as the event takes over the park.

Small, bare stages have gone up in the Hollywood section of the park.

For now, these stages are just black.

According to the speculation map for Halloween Horror Nights, this area will house the Shudder scare zone.

Torn burlap and leafy canvas cover this stretch of fence next to the lagoon.

The speculation map labels this area as the Terra Cruentus scare zone.

The set dressing is secured to branches that are tied to the fence.

In the Crypt TV Scare Zone, something new has been added to the bathroom set. Do we see feet peeking out from under that tarp?

A burlap-covered mirror has also been hung above the sink.

Other elements, like a towel rack, and lighting have been added.

This pleasant-looking room also has something hiding under a tarp.

The room has a window, table, fruit, and knick-knacks.

Another stage has a wooden structure, and a giant spider-like creature in front of a red wall also covered in spider drawings.

A web and fencing surround this brick stage.

What are you most excited to see at Halloween Horror Nights this year? Let us know in the comments.