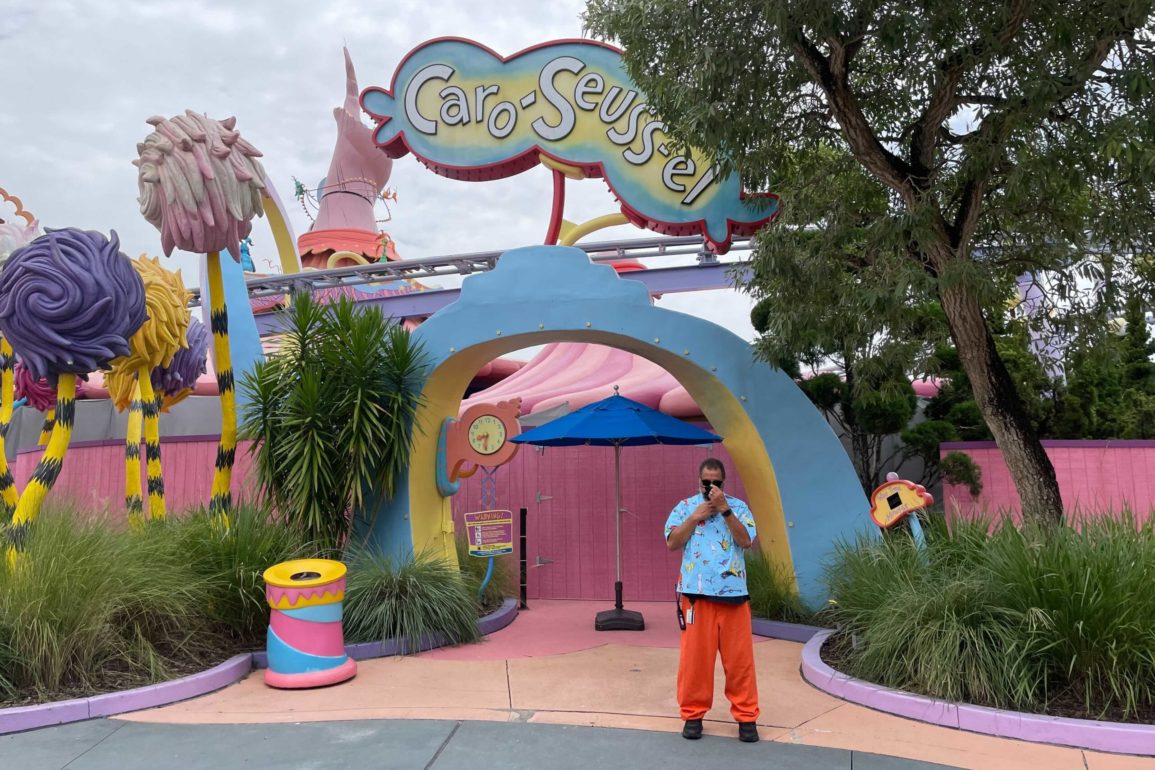 After abruptly closing earlier this month due to badly-needed structural repairs, the Caro-Seuss-el in Universal’s Islands of Adventure refurbishment is underway in earnest. Since the weekend, construction walls have been erected at the Seuss Landing attraction.

We can now no longer see the scaffolding that we saw at the carousel a few days ago.

Tarp is also hanging around the carousel on the other side of the walls.

Universal Creative Team Members were getting ready to take a look inside.

The refurbishment is expected to last for weeks, though no official timeline has been released.