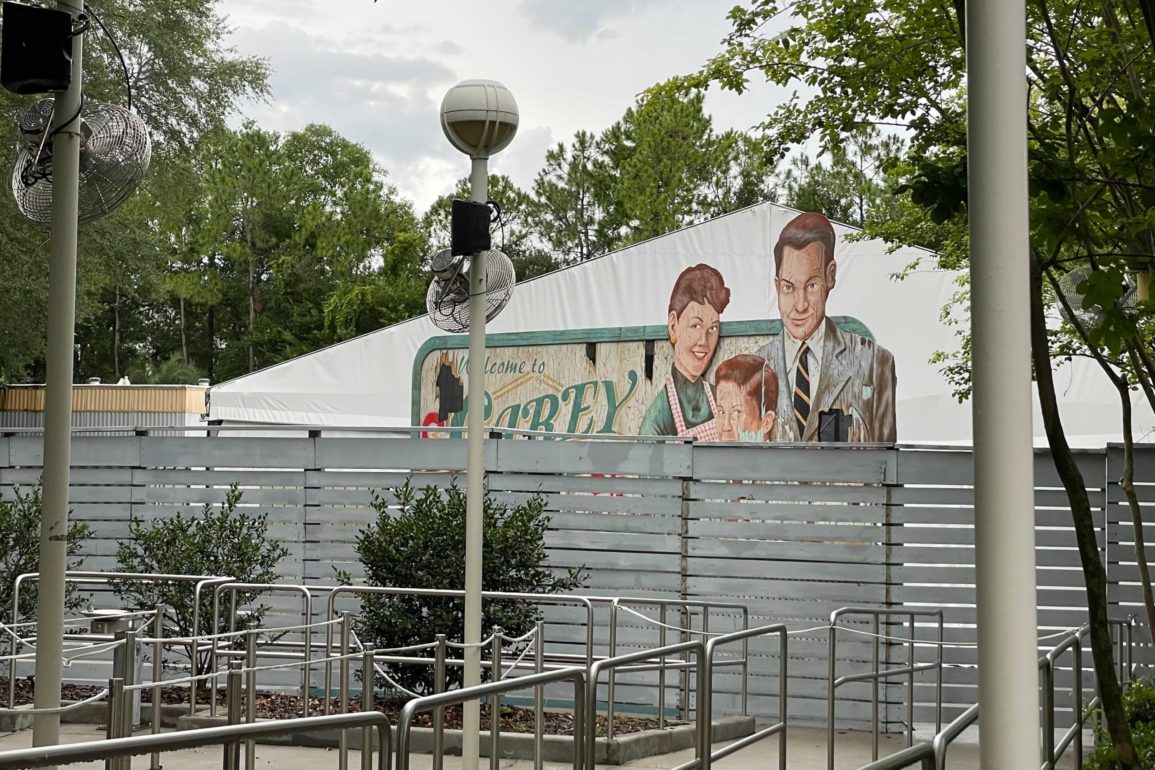 Though we still have some time before Halloween Horror Nights 30 at Universal Studios Florida, construction is already underway for the frightful event. Behind Men in Black: Alien Attack, we spotted the facade of the “Welcome to Scarey: Horror in the Heartland” house.

This house was on the speculation map released earlier this year.

A billboard for the town of Carey has been modified to read “Scarey”.

Carey has been the setting of several houses and scare zones over the past 30 years of Halloween Horror Nights.

A loving nuclear family poses on the decrepit billboard.

Other than the “S” in “Scarey”, more red graffiti is visible through the fence.