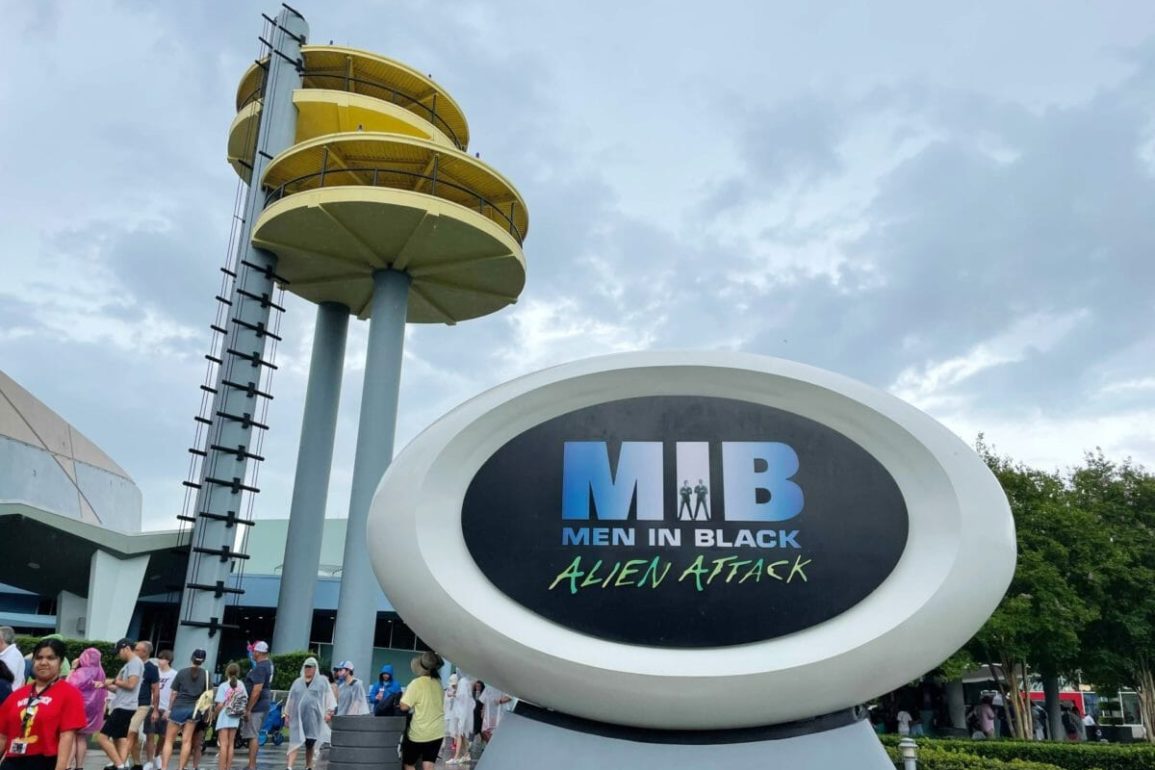 Good afternoon, recruits! We’re happy to report that the full pre-show has returned to Men in Black Alien Attack at Universal Studios Florida.

While not integral to the ride, the pre-show is part of the overarching story of the attraction and ties into the finale. The façade is designed to evoke the 1964 New York World’s Fair (here called the World Expo), including the iconic observation towers. Guests are supposedly entering a pavilion to see “The Universe and You.”

UOAPs and other frequent visitors may recognize a familiar face in the above photo — Agent R.

We’re ready to see the exhibit!

The first preshow room is the lobby for the exhibit. Mid-century style stained glass panels and silver frames cover most of the walls, evoking the aesthetics of the World’s Fair.

You can see the logo for The Universe and You.

Our tour guide was interrupted by an announcement terminating the Universe and You program, and we were sent forth to pursue recruit training to join the Men in Black.

Guests enter the elevator that will take them to the Men in Black headquarters.

The agent bids us good luck.

After a dark and somewhat ominous ride, we arrive and head off to start our training.

Watch our video of the Men in Black Alien Attack preshow below.