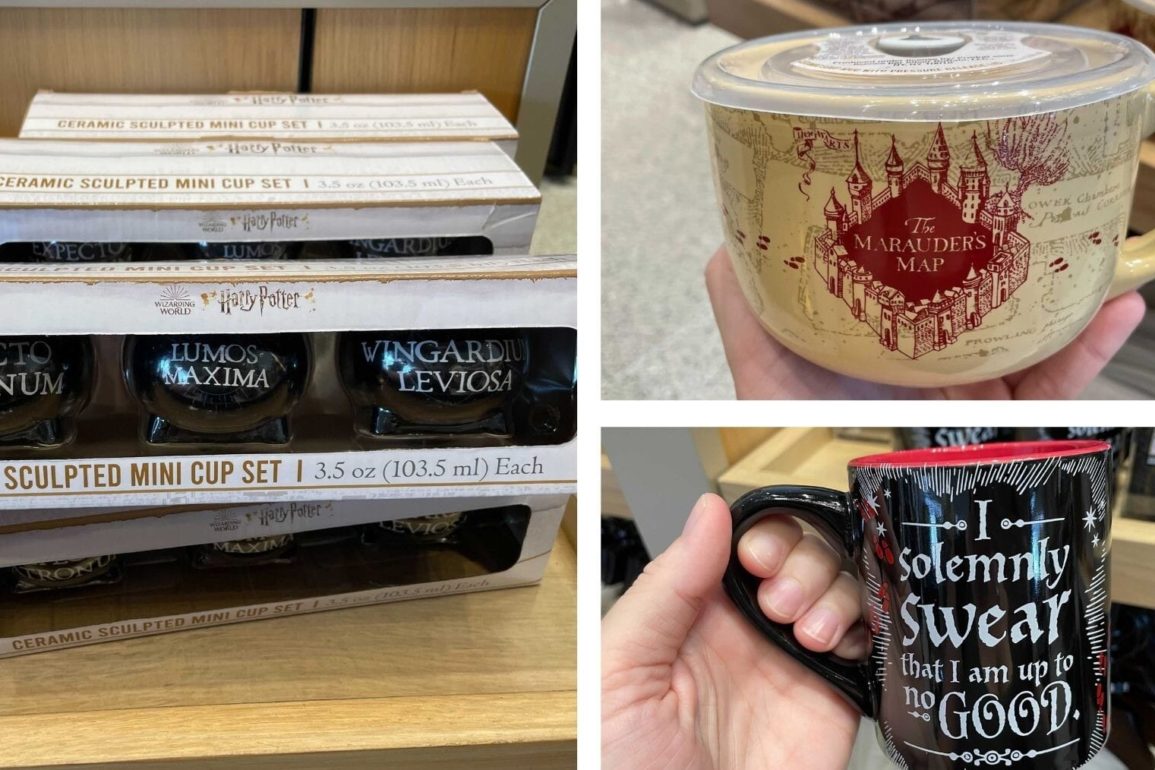 Say “Accio, soup” into this handy mug and keep your lunch warm on the go. The ceramic soup mug features the artwork of The Marauder’s Map, complete with tiny footprints.

The back of the mug (or front, if you’re left-handed) reads “Mischief Managed.”

A pressure release lid helps keep your soup hot and has a vent to allow the steam to release.

Start your day off the Marauder way by solemnly swearing you are up to no good with this new coffee cup.

A three-piece set of mini cups shaped like cauldrons is sure to charm your guests.

Each cup features the encantation for a different spell, including “Expecto Patronum,” “Lumos Maxima,” and “Wingardium Leviosa.”

The ceramic cups have little feet like a cauldron.

Previous
PHOTOS: New “Back To The Future” Merchandise Strikes at Universal Orlando Resort