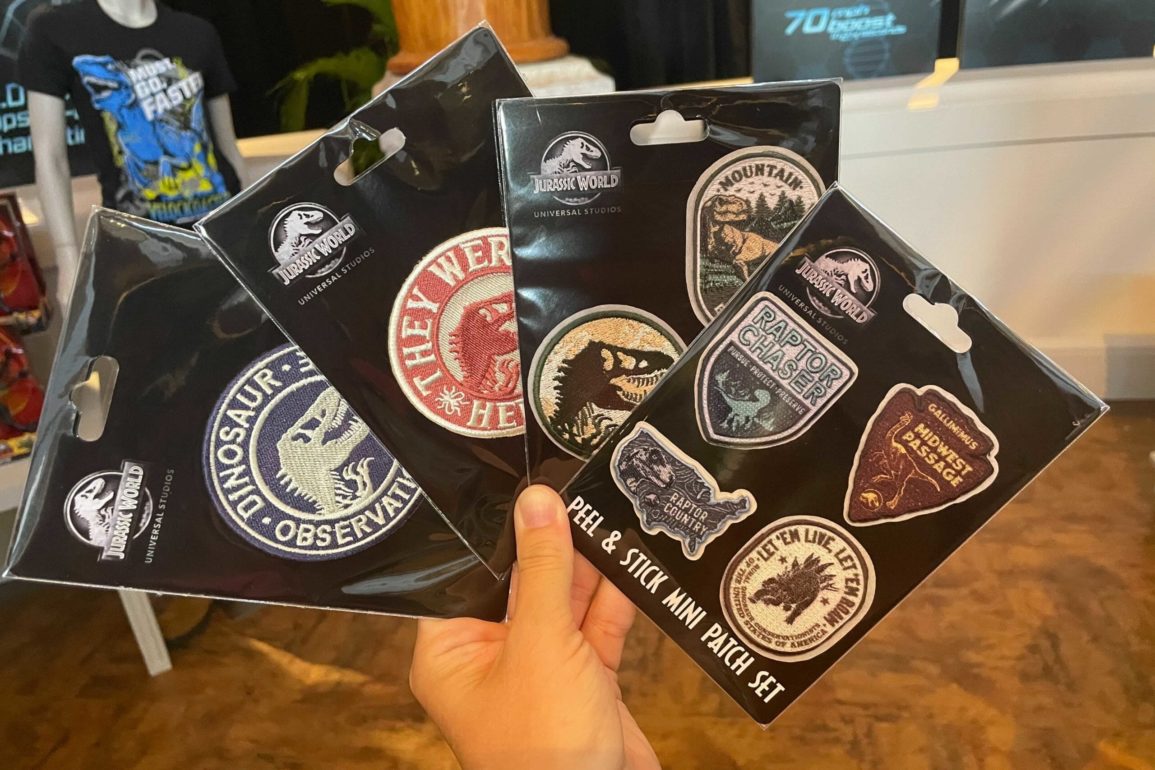 New Jurassic World patches are now available in the VelociCoaster shop at Universal’s Islands of Adventure.

There are two patch sets and two individual patches. We’ve seen some of these designs on other Jurassic World merchandise.

Each of these mini patches is inspired by a different dinosaur.

The gallimimus is featured on this “Midwest Passage” patch.

This patch featuring the stegosaurus advertises the Rural Dinosaur Conservationists of the United States of America.

This one is a version of the Jurassic World and Jurassic Park logos, with a t. rex skull silhouetted.

The other patch advertises a “Mountain T. Rex Encounter.”

The individual patches are iron-on instead of peel and stick. This one says “they were here first” around a red version of the Jurassic World logo.

This final patch is also a version of the Jurassic World logo, with “Dinosaur Observation Committee” around it.