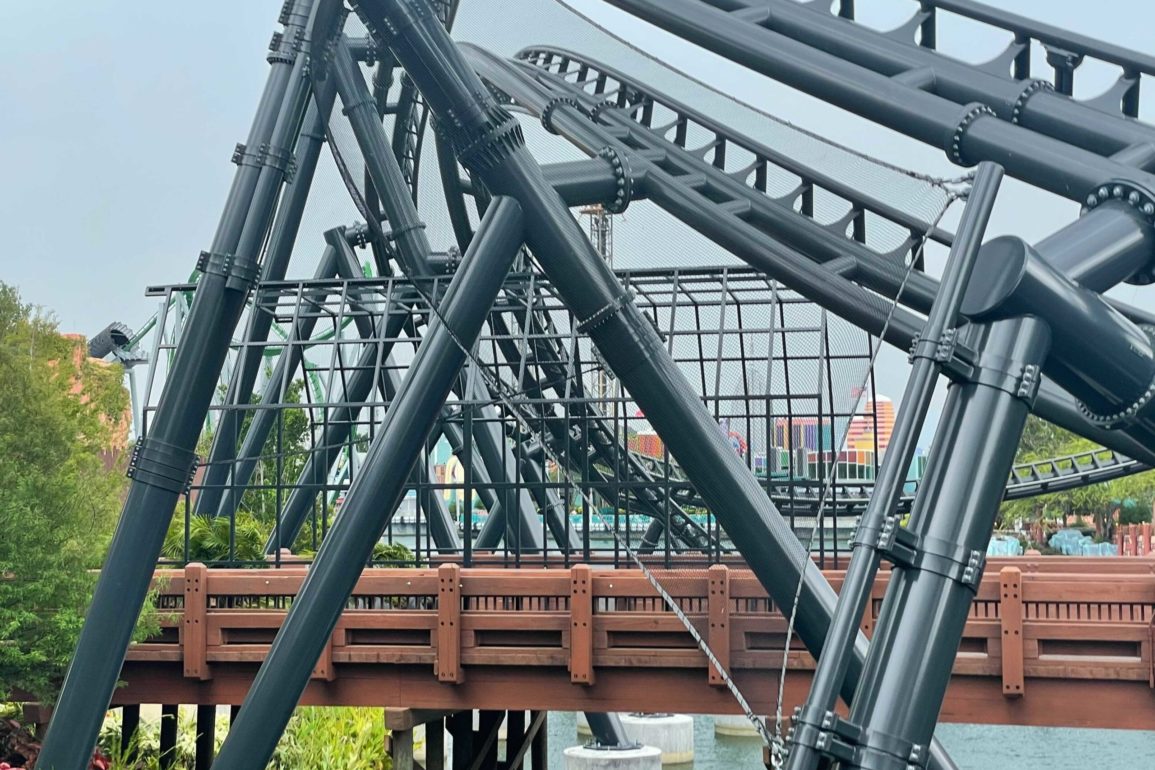 PHOTOS: Cage Added to Jurassic World VelociCoaster Bridge to Ensure Safety of Guests Below at Universal’s Islands of Adventure

Universal’s newest attraction, the VelociCoaster, opened officially this month. Since then, there have been some safety concerns including a wig flying off from a guest’s head and ice being thrown at riders as they pass. In order to further ensure the safety of guests both on the ride and near it, Team Members have now installed a cage across the bridge below the attraction’s tracks. Take a look out our findings.

As we visited today, we found that a cage has been overtop a portion of the bridge. This bridge is meant to be a bypass to avoid guests having to go through Hogsmeade/The Wizarding World of Harry Potter to get to the Velocicoaster.

We were told this cage has been added as a safety feature for potential loose objects (like flip flops) coming off as riders pass by on the coaster above.

The bridge still remains closed off at this time, as they have been unable to get clearance for guest usage.

How do you feel about this cage added to the bridge area? Let us know in the comments below.